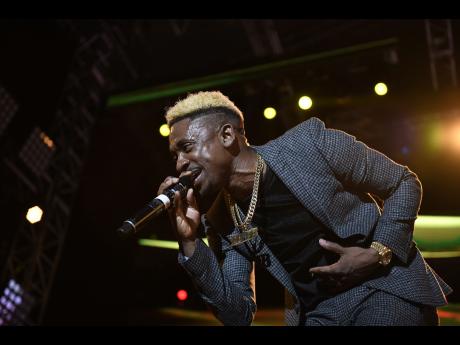 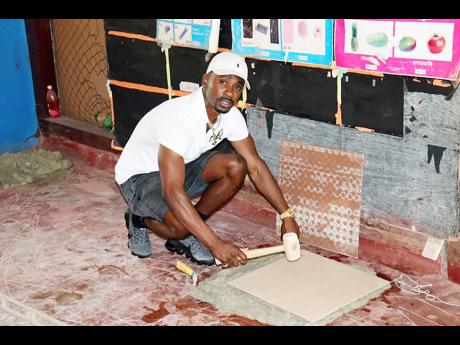 Contributed Christopher Martin gets down to business by helping to tile the floors of his childhood school.
1
2

When the students of Grades one and two at the Watermount Primary School arrive at school in September, they will step on to freshly laid tiles courtesy of past student, ace entertainer Chris Martin.

Situated in the community of Back Pasture in North West St Catherine, the school has 150 pupils on roll. Founded in the 1800s, it was formerly known as Old Works Elementary School, but was renamed and moved to its present location on July 3, 1950.

"This was where it all started for me. It has a very special place in my heart. This is where the real moulding of Christopher Martin all started. This is where I learnt the basic things in life honesty and loyalty, not just book work, but all the fundamentals you need to go through life," he said during a visit to the school this week where he laid the first tile.

"From a tender age when you meet your very first friend and you know friendships are very integral during school, like if you miss a class, you need your friend to be there for you. From a tender age, I have felt this is where it all started, everything manifesting right here."

Karlene Laing, a senior teacher at the school, said Martin's largesse could not have come at a more opportune time.

"We are so happy that this is being done, especially at this time when we are embarking on a new curriculum, the National Standard Curriculum, that requires students to be active in learning, which will see them at times going on to the floor to complete activities," said the teacher, who has been at the school since 2005.

"The tiling of the classrooms will accommodate these activities so that the children don't soil their uniforms on what would normally be a red-polished floor," she added.

She revealed that the project of tiling the floors has been part of the school's improvement plan for the past four years. The costs made it prohibitive, revealing that when the estimates were done then, the school was looking at a budget of about $800,000.

"We are really grateful," she said.

Martin began assisting the school back in 2015 in the form of a fair and treat held on the school grounds, after which he would donate the proceeds to the school along with back-to-school supplies. However, a congested schedule this year saw him take a different approach to his charitable efforts.

"It's just the timing. The team and I didn't have the time to put as much energy into it as much as we wanted to, so we decided to take the year off and still give something. I feel like there is a lot that needs to be done."

Martin has also committed to tiling the other seven rooms at the school, something that Laing welcomes, saying that the children from the other classes would be jealous when they return on September to see the shiny new tiled floors in Grades one and two.

The singer also believes this would be added motivation for the students.

"When nice things are done for you without your knowledge, it shows that you are always being thought of. That is what we want to keep in the minds of the kids up here. Great things can come from the smallest of places."