My man will not stop cheating 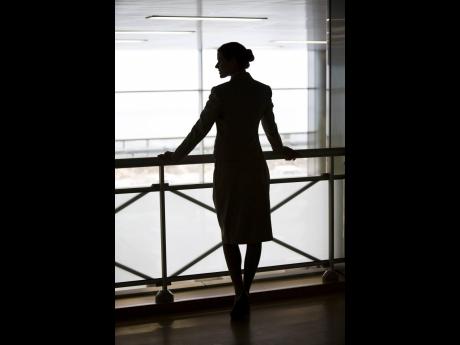 I am 27 and I have been in a relationship with a 53-year-old man for almost two years now. He is a loving man but all he does is lie and cheat.

When I confronted him at the beginning, he told me he had someone in his life and I said okay. I respected his relationship with this woman.

When she would visit his house on the weekends (because she worked in Kingston), I would tell him not to text or call me. I encouraged him to spend time with her.

He is a businessman and also a tradesman. When his woman came home on Fridays, she would stop by his business place. She worked there on Saturdays.

One day I went down to his business place and saw a book with his surname and the woman's surname. I asked him about it and he said they were not married.

Last year the woman passed away. Pastor, the man was married. He said that he loved me and did not want me to leave him, and that's why he never told me the truth.

I was vexed but I could not leave him at that time because he was under so much stress. But I called him every minute just to check up on him.

But then things started to change. He stopped calling me often and whenever I called, he was always busy. One day I asked him to accompany me downtown to buy something.

We sat beside each other on the bus and he went on WhatsApp and I saw a girl's picture. When we came off the bus, I begged for a call and he gave me the phone.

The girl had sent him a half-naked picture of herself. He said she was just a friend.

I heard that the same day his wife died, the girl slept in the woman's bed and wore her slippers. Persons say that she killed the wife with witchcraft.

But I have faith and I believe in God and I don't fear her. The man and I run the business together and every time she sees me, she cuts her eyes at me.

Last month I went to wash for him and I saw cigarette butts. He does not smoke cigarettes so I knew someone was there. He said that he was sorry and was going to change.

I am pregnant and he said that he does not want anything to happen to the baby.

Recently, someone told me that the girl spent one week at the house. I have three other children and he does everything for them.

He loves them and they say that he is their father. Sometimes I get so upset that want to leave him but I am looking at the fact that my children don't have a father and they love him because he shows them the fatherly love.

Please for your advice.

How it is that someone is always telling you what is going on with this man? Have you not wondered why you don't get anything out of this man unless you ask him about it?

If this man was comfortable with you and truly loved you, you would have been the one to be at his house and not the other woman.

If what you are saying about the house is true, the other woman is messing it up. She knows that you will clean it up. Something is not right in your relationship with this man.

If the other girl is satisfied with a small amount of money from this man, how much do you require of him? You say that you are pregnant but you did not say that he got you pregnant.

You want to hold on to this man but remember, if he got you pregnant, having a child by him would not cause him to stay with you. He would support his child and move on with his life.

You like to search so you would always find things in his phone. This man will be ready to tell you lies when you question him.

This is not a good relationship and the other woman with whom he is fooling around has a better chance of having him than you; that is how I see it.