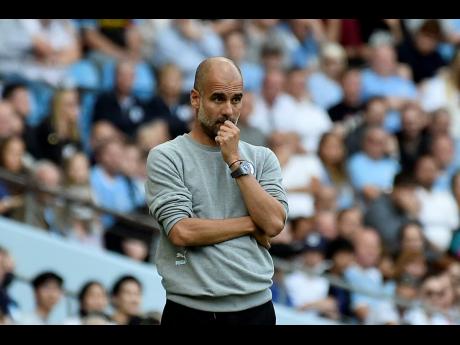 Manchester City will begin their quest for a fifth straight English League Cup title with a home match against third-tier Wycombe in the third round. City's recent dominance is such that the team has won the cup six times in the last eight years. The third round is when the teams involved in European competitions this season enter the League Cup. In other games, Liverpool visit Norwich in an all-Premier League match. Also on today are: Queens Park Rangers vs Everton, Sheffield United vs Southampton, Watford vs Stoke, Fulham vs Leeds and Burnley vs Rochdale.

Over in Spain, Atletico Madrid will try to end a two-game winless streak when they visit struggling Getafe in La Liga. Atletico were held scoreless in their last two matches, both at home, against Athletic Bilbao in the league and against Porto in the Champions League. Getafe, winless and scoreless against Atletico in 17 consecutive league games, are one of the two teams yet to earn points this season, along with Alaves. Getafe have been outscored 8-1 in their first five league matches. Unbeaten Athletic later host promoted Rayo Vallecano to try to pick up their third win in four matches. Rayo have won two of their last three after opening with two straight losses.