Olympic scandals march on long after torch goes out 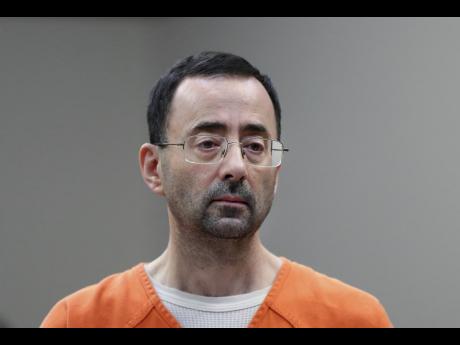 From doping to demonstrations to dirty officials, the Olympics have never lacked their share of off-the-field scandals and controversies that keep the Games in the headlines long after the torch goes out. The five-year gap since the last Summer Olympics has been no different. A brief look at some of the most notable news to hit the Olympic world since it last convened for the Summer Games:

SEX ABUSE - Larry Nassar's sexual abuse of hundreds of gymnasts in the United States opened a window into an abusive culture that permeates throughout the sport and in all corners of the globe. Since Rio de Janeiro, the US Centre for SafeSport opened to investigate complaints about abuse in sports. It took the decision-making process of these cases out of the hands of organisations such as USA Gymnastics, which for years had been forced to pit members (gymnasts) against members (coaches) when abuse allegations arose. Other abuse allegations in tae kwon do, water polo and figure skating were among those that came to light in the United States and the US Olympic and Paralympic Committee rewrote its own by-laws to, in part, prioritise the mental and physical well-being of its athletes instead of the chase for Olympic medals.

RUSSIA DOPING - In Rio, the International Olympic Committee (IOC) rejected a World Anti-Doping Agency (WADA) recommendation to ban all Russian competitors from the Olympics as punishment for a wide-ranging scheme the country designed to help its athletes dope without getting caught. As a result, around 270 Russians were permitted to compete in 2016. Possibly emboldened by the IOC move, Russia continued to cover up its misdeeds. In 2019, WADA investigators determined that Russia had manipulated 23 gigabytes of data that could have been used to pursue cases related to the original cheating. WADA suggested a four-year ban with heavy restrictions on which Russians could compete, but the Court of Arbitration for Sport (CAS) watered it down. The end result: Some 335 Russian athletes will compete in Tokyo, though not wearing team uniforms and not under the Russian flag. They officially will be competing as members of the 'ROC', or Russian Olympic Committee.

DOPING RULES - A spotlight shone on anti-doping rules that call on athletes to submit their whereabouts so they can be subjected to testing without notice. Reigning Olympic champions Christian Coleman and Brianna McNeal and World champion Salwa Eid Naser are among those missing the Olympics after being banned for violations of this rule. ... And only weeks before the start of the Olympics, the ban of American sprinter Sha'Carri Richardson for a positive marijuana test fuelled a debate about whether that drug - not considered a performance enhancer and legal in some parts of the globe - should be forbidden any more.

WEIGHTLIFTING - Three of weightlifting's long-time leaders were charged with a number of offences for a decade's worth of doping cover-ups and other crimes. The misconduct included 146 unresolved doping cases from 2009 through 2019.