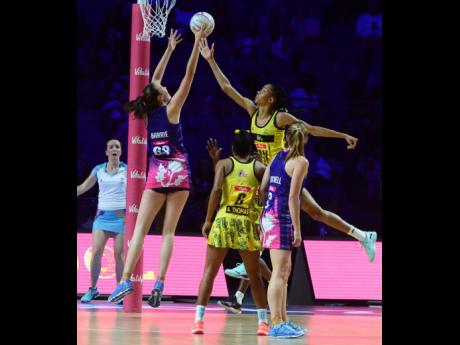 Following her association's recent resubmission of its protocols regarding the restart of the local netball leagues, president of Netball Jamaica Tricia Robinson said she is now very confident that action on the courts could resume very shortly.

It has been more than a year since the postponement of the local leagues due to the COVID-19 pandemic and Robinson told STAR Sports that this has severely affected the growth and development of the sport in Jamaica.

"It is the same protocols that we had submitted last year and so I am not seeing the difficulty with us getting the requisite permission this time around again," Robinson said.

"It is a little frustrating for us, but you have to balance it with knowing and taking into consideration all that is happening and so we just need to ride it out," she said.

In the meantime, the netball boss disclosed that the Sunshine Girls will take on South Africa and Caribbean rivals Trinidad and Tobago in a Tri-national Sunshine Series later this year.

"We expect South Africa and Trinidad and Tobago to come to Jamaica in October for the Margaret Beckford Sunshine Series and so we are working and that will be a whole new set of protocols," said Robinson.

"This is a massive series for us because it is part of the girls' preparation ahead of their participation in the Commonwealth Games."

"The final details to the series we are not able to speak to as yet because we are not sure what will happen in October as the series could be played behind closed doors and so we just have to wait and see how it works out."

It is more than a year since the Sunshine Girls last participated in an international series and Robinson noted that the Jamaicans are very eager to return to the court.

"We are very anxious to get them back in competition for this is very important to us to have them playing international netball," she said.