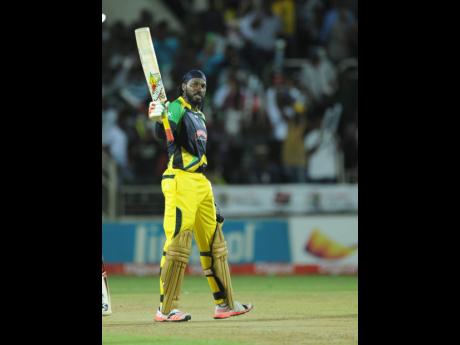 Jamaica and West Indies batsman Chris Gayle says the current state of the nation's cricket needs immediate attention and that he is willing to help in whatever way is needed.

Speaking to reporters at the Cricket West Indies Zoom press conference yesterday, Gayle said a lot of structure needs to be put in place to revolutionise the game on the island and continue the nation's longstanding cricketing history.

Having not played the best of cricket in recent years, Jamaican franchises have managed to get into the final four of the last two major competitions in the Caribbean.

The Jamaica Tallawahs inched into the Caribbean Premier League semi-finals last year, after winning just three of their 10 games, whilst the Jamaica Scorpions team recently clawed their way into the final four of this year's Super50 Cup after winning two games and losing three.

On both occasions, the team lost under the guidance of current captain Rovman Powell.

Jamaica last tasted success at the regional four-day level back in the 2011-2012 season, whilst their last one-day title came even further back in the 2007-2008 season.

Gayle, who signed off his List 'A' career for Jamaica with a century against Barbados in the Super50 Cup back in 2018, says he is open to assisting in whatever way is needed.

"Whatever I can offer within Jamaica cricket, I am always willing to do that. I haven't spoken to anyone from Jamaica Cricket Association as yet, but there is a lot of structure that needs to be in place when it comes to Jamaica cricket."

Gayle is currently in Antigua where he and the West Indies team are preparing for a three-match T20 International series against Sri Lanka, which bowls off with the first match at the Coolidge Cricket Ground tomorrow starting at 5 p.m., Jamaica time.