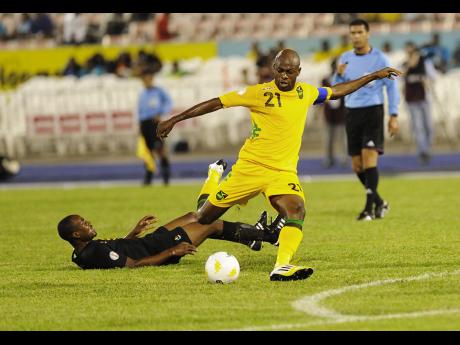 Shelton passed away on Friday after suffering from Amyotrophic lateral sclerosis, more commonly known as ALS or Lou Gehrig's disease since 2017.

ALS is a progressive nervous system disease that affects nerve cells in the brain and spinal cord, causing loss of muscle control.

Known for not only his deft finishing up front, but also his pace on the wings, Shelton represented his boyhood club Harbour View in the Jamaica Premier League before moving on to Europe where he had stints at Helsingsborg in Sweden, Sheffield United in the English Premier League, Vålerenga and AaB in Norway and Demark respectively, Karabükspor in Turkey, and the now defunct Russian side Volga Nizhny Novgorod, before returning to Harbour View where he last played before his ailments began.

He made 75 appearances for the Reggae Boyz between 2004 and 2013 and scored 35 goals in the process. That goal count stands today as a record for national men's football.

Shelton is survived by wife Bobbette and his three children. He was 35 years old.