COVID-19 forces changes ahead of CPL 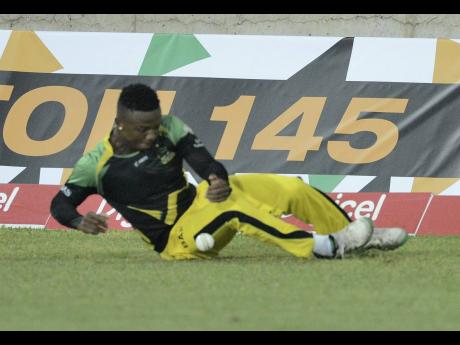 Several Caribbean Premier League (CPL) franchise teams have had to make last-minute reshuffles brought on by the COVID-19 pandemic, directly and indirectly, as organisers try to get things in place for the biosecure Twenty20 tournament.

Jamaica Tallawahs batsman Andre McCarthy and left-arm spinner Jeavor Royal had to withdraw from the squad because they were in contact with another Jamaican player who has tested positive for COVID-19.

Both McCarthy and Royal have so far recorded negative test for the virus, however, they were not able to make the flight to Trinidad which left on Monday.

Both players will have to undergo a second test, however, they would not be able to make it in time for the two-week quarantine period in Trinidad which has been stipulated by the CPL organisers.

Batsman Jermaine Blackwood and all-rounder Ramaal Lewis have been named in the Tallawahs squad as replacements, and team manager and Chief Executive Officer Jeff Miller describes the situation as unfortunate.

"To lose both players is a big blow, but at the end of the day, the safety of the players comes first," he said.

The Tallawahs will also have to do without one of their key overseas players, as South African spinner Tabraiz Shamsi is unable to take up his contract as South Africa's borders have remained closed because of COVID-19.

Former Windies fast bowler Courtney Walsh has been added to the coaching staff of the St Kitts and Nevis Patriots after the news that head coach Simon Helmot and assistant coach Malolan Rangarajan will not be available for the tournament.

Helmot is reported to have contracted COVID-19 while Rangarajan is expected to be involved in the pre-tournament Indian Premier League preparations for the Royal Challengers Bangalore.

Former Tallawahs player Nikita Miller will be involved in this year's tournament, as he has been drafted in as an assistant coach with the Trinbago Knight Riders.

The 2020 edition of the CPL will be played behind closed doors at two venues from August 18 to September 20, with all matches set to take place in Trinidad.