‘Disappointed but not surprised’ 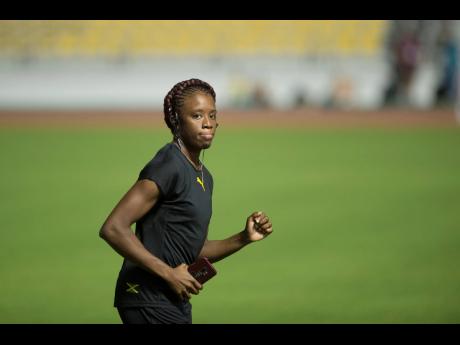 The 2020 Tokyo Games should have been the first taste of action at an Olympic Games for 2015 World 100 metres champion Danielle Williams.

With the postponement of the summer games being confirmed by the International Olympic Committee until next year due to the coronavirus pandemic, Williams could not hold back her disappointment but says she was not surprised, and it was only a matter of time before the decision was made.

“This would have been my first Olympic Games after missing out on the 2016 team. Yes, I am disappointed but I am not surprised based on all that has been happening and we just have to keep in shape as best as possible and wait it out,” said Williams.

Williams, who won World Championship gold in Beijing in 2015 and then followed that up with bronze in Doha last year, says she still had been training up until Monday before authorities closed down the track facility at her training base at Clemson University in South Carolina.

The 100 metres hurdler was scheduled to compete at the Grenada Invitational next month as well as the Jamaica International Invitational in May before both events were postponed.

Could be a blessing

The 27-year-old says the postponement of the Olympic Games could be a blessing in disguise for some athletes as they will get more time to prepare for the Games of the XXXII Olympiad next year.

“Athletes will now have one more year to prepare especially those who were nursing injuries, this could buy them more time to get in better shape,” added Williams.

Williams, who had just three outings this season thus far indoors, says she has been coping with the lockdown by occupying her time with a lot of indoor social activities.

“Me and my two roommates we play a lot of video games, dominoes and singing and dancing to pass the downtime, ” she said.