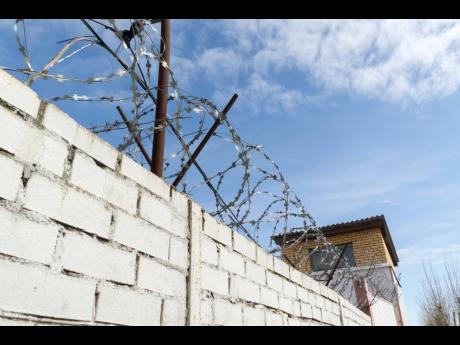 Demoy Pennington, 29, one of the alleged cybercriminals who has been impersonating a senior policeman, was denied bail on Wednesday.

Pennington is charged with two counts of larceny by trick and use of computer for malicious communication. He is accused of impersonating Superintendent Hopeton Nicholson earlier this year, using the senior cop's name and photographs to create fake pages on several platforms, including dating sites. In a bail application before parish judge Venise Blackstock-Murray, attorney-at-law Evan Evans submitted that his client is a farmer from Highgate, St Mary, who denies the allegations.

It was reported in January that the Counter-Terrorism and Organised Crime Investigation Branch commenced investigations into cases of identity theft, in collaboration with other detectives across various divisions. So far, investigators have identified 11 persons across three parishes who fell victim to these illegal activities. Reports are that victims, believing that they were communicating with Nicholson, were lured to various places across the Corporate Area, St Catherine and St Mary where they are tricked, robbed, and in some instances, sexually assaulted.

While acknowledging that Pennington had a constitutional right to bail, Blackstock-Murray noted that the Bail Act outlines certain circumstances exist where bail can be denied.

"I am being informed that while you were on bail in one matter, you alleged committed an offence which is serious in nature and for the High Court. In addition to that, I am informed that you have two other matters. You are not a fit and proper candidate for bail at this time and bail is denied," the judge ruled.

In the larceny matter, it was reported that one of the complainants met Pennington on Tinder. They decided to meet in person on January 15 at Clock Tower Plaza in Half-Way Tree, St Andrew. Afterwards, they drove to Stony Hill and stopped at a convenience store as Pennington told the complainant that he was thirsty and asked her to buy a bottle of water for him. The complainant exited the vehicle, leaving her handbag on the back seat, containing $12,000 in cash, her National Insurance Scheme card, Taxpayer Registration Number card, her passport containing her US visa, banking cards, driver's licence and three cellular phones valued at $87,000. After returning from the store, she realised that Pennington had left.

It was further disclosed to the court that the allegations were similar to the incident involving the other complainant. That complainant said she lost US$1,000, a pair of eyeglasses valued at $50,000, a cellular phone, a laptop and $57,000 in cash.

Pennington previously admitted that he was sentenced in 2012 to five years' imprisonment at hard labour for robbery with aggravation. He was remanded in custody until February 20, 2023 when he is expected to stand trial.