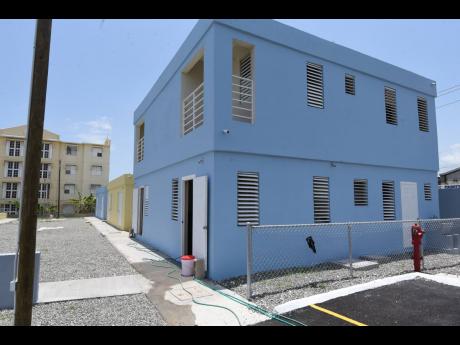 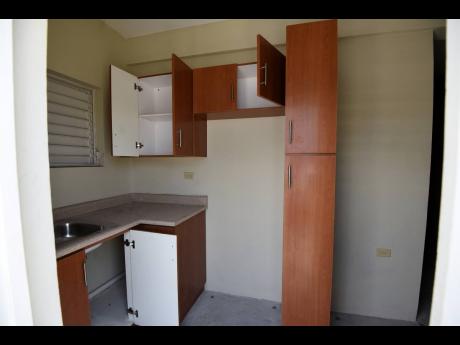 The kitchen inside one of the units. 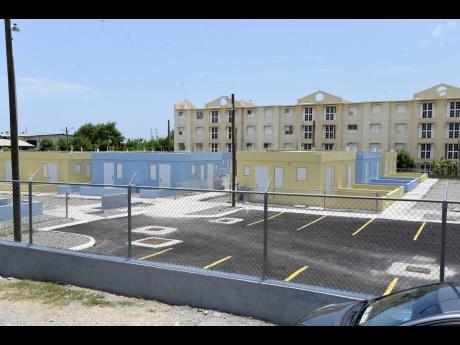 Some of the new units which have been developed by the National Housing Trust.
1
2
3

More than 20 people will be handed keys to brand new homes in Majesty Gardens, Kingston 11, later this month.

The developments, which were facilitated by the National Housing Trust (NHT), feature a mix of duplex studios and one and three-bedroom semi-detached units costing up to $10 million.

According to NHT's Corporate and Public Affairs Manager Dwayne Berbick, all qualified contributors were invited to apply, however, preference is given to qualified applicants who already resided in Majesty Gardens. Generally, a down payment for an NHT developed scheme unit is not a requirement. However, a closing cost of $3,500 is, however, applied to all scheme units.

"The NHT offers 100 per cent financing [up to $15 million] for scheme units, subject to affordability. Where a contributor's affordability falls below the full price of the unit, the NHT applies additional policy measures to bridge the gap through our home grant [of up to $2.5 million], deferred mortgage and intergenerational mortgage programmes. Alternatively, contributors may make a deposit for any shortfall identified," Berbick said.

Majesty Gardens falls in the constituency of South West St Andrew. It is represented by Angela Brown Burke in Parliament. She took over from Portia Simpson Miller who was member of parliament for nearly 40 years. For years, a section of Majesty Gardens, which is more commonly known as 'Back To', has been known for zinc fences and board dwellings.

A recipient of a one-bedroom unit told THE WEEKEND STAR that while he is elated to have a roof to call his own, he is not pleased with the size of the space.

"Mi a 29 and mi live in Back To all mi life so mi wouldn't wah live anywhere else. Is a board house was mi palace and mi work and throw [contribution] and glad when mi get selected fi di house. But mi nah tell nuh lie, mi room inna mi board house bigger than dis. The bathroom can't hold two people and di bedroom can only hold a double bed, a dresser and wardrobe. Mi happy fi di house but mi wish it did bigger," he said.

Those applying for the NHT units had to satisfy the basic criteria which included being a current NHT contributor, being between 18 and 70 years old and never accessing an NHT loan.