Key suspect in killing of Haitian President arrested in Jamaica 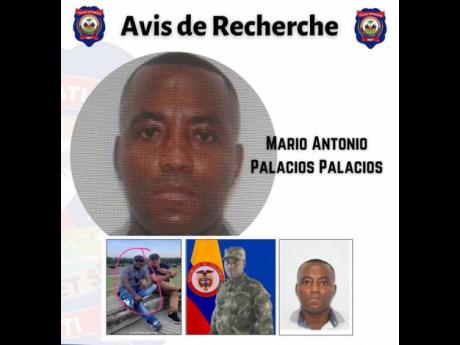 Mario Palacois Palacios, a former Colombian military officer said to be a key suspect in the assassination of Haitian President Jovenel Moise, was arrested in Jamaica earlier this month, senior law enforcement officials have confirmed.

Palacois is believed to have entered Jamaica through an illegal port, law enforcement sources revealed.

"We don't know how he got here, but it wasn't through the formal system," said the source, who did not want to be named because the arrest is being kept top-secret.

According to one source, he was arrested without incident at a guest house.

Gunmen stormed Moïse's private residence in the middle of the night on July 7.

He was shot multiple times while his wife, Martine, was seriously injured in the attack.