Judge blasts woman for being rude to court staff 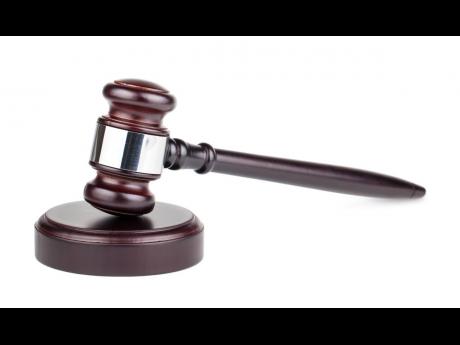 An irate judge reprimanded a woman after hearing that she was disrespectful to court workers.

Leonie Anderson has a 2019 matter before the Kingston and St Andrew Parish Court, which her attorney Charles Williams submitted an application to relist yesterday.

The allegations are that Anderson, who was employed at a restaurant in 2019, was found with a transmission device that gave her access to customers' accounts. She was charged under the Cybercrimes Act. She attended court in September 2019 and then November 2020. A warrant has been out for her.

On October 15, 2021, the matter was mentioned in court but Anderson arrived after the day's proceedings had ended. She went to the court's office and spoke to a staff member.However, the court heard that Anderson had a rude attitude and spoke in a loud tone saying "I came court and sat on the bench out there all morning and just because I went to get something to eat and come back, I hear that judge call my name and there is a warrant out for me. A so dem f******g people here stay."

Her behaviour reportedly attracted the attention of staff members and members of the public. A court office employee intervened and told Anderson to be present at court on October 19 at 9 a.m. but Anderson arrived sometime after 3 p.m., allegedly greeting the court officers with disrespect. She was told to return to court yesterday, and Chief Parish Judge Chester Crooks heard that she treated court staff and police with a lack of courtesy. The warrant was then executed. A stern Crooks said nothing justified members of the public reprimanding staff because they are inconvenienced.

Crooks then ordered Williams to return to court on January 17. While initially saying she was to stay in custody, Crooks offered her own surety bail of $50,000. She is not to have contact with the complainant or to go to any business establishment owned by the complainant.