Unemployment down in Jamaica reports STATIN 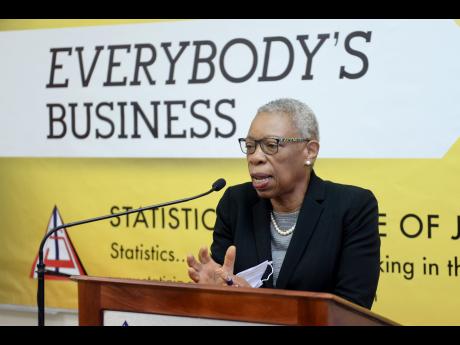 The Statistical Institute of Jamaica (STATIN) is reporting that the unemployment rate for Jamaica in July was 8.5 per cent.

This is 4.1 percentage points lower than the 12.6 per cent out-turn for the corresponding period last year, according to STATIN’s Labour Force Survey for the month.

The Director General advised that the rate for male youth was 18.4 per cent and 30.8 per cent for females.

She was speaking during STATIN’s quarterly digital briefing on Wednesday (October 20).

Meanwhile, the ‘Construction’ and “Real Estate and Other Business Services’ industry groups accounted for more than 50 per cent of the increase in the employed labour force.

Ms. Coy told journalists that 118,300 persons were employed in the construction industry, representing an increase of 26,100 or 28.3 per cent, with males accounting for 25,900 of this figure.

“For the real estate and other business services industry, there were 115,100 persons employed, an increase of 23 per cent. Females accounted for the largest increase – 11,900 or 25.4 per cent,” she added.

Other industry groups recording notable increases were ‘Accommodation and Food Service Activities’ – up 17,800 persons; ‘Agriculture, Forestry and Fishing’ – up 6,200 persons; and ‘Wholesale and Retail Trade, Repair of Motor Vehicles and Motorcycles’ – up 5,500 persons.

Data on the employed labour force by occupation groups show that the categories ‘Elementary Occupation’ and ‘Service Workers and Shop and Market Sales Workers’ accounted for more than 50 per cent of the increase recorded.

This group includes cleaners and helpers; labourers in agriculture, forestry and fishing, mining, construction, manufacturing, and transport; food preparation assistants; and street and related sales and service workers, such as persons distributing flyers, and newspaper vendors.

Other occupation groups recording significant increases were ‘Clerks’, up 18,300 persons; ‘Professionals, Senior Officials and Technicians’, up 10,400 persons; and ‘Craft and related Trade Workers’, up 2,900 persons.