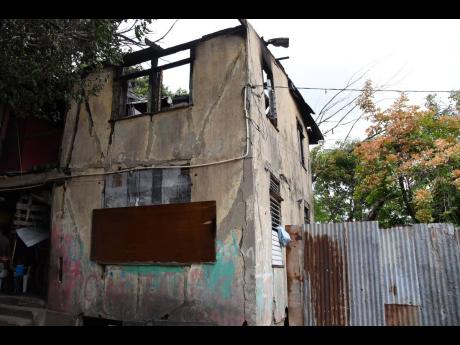 The upper section of this house that was once the dwelling of reggae icons Bob Marley and Bunny Wailer was destroyed by fire last Saturday. 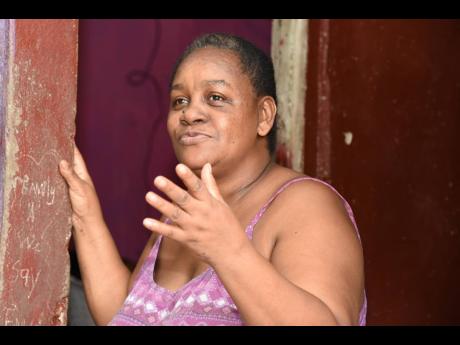 Yvette Gordon said that her mother used to tell her stories about Bob Marley all the time. 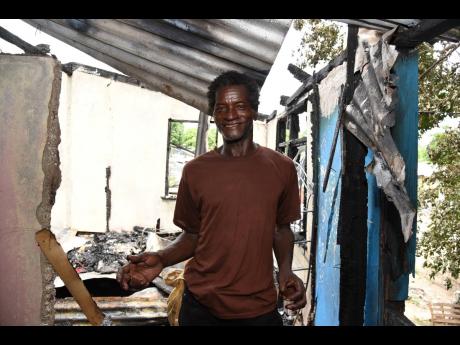 Phillip Wilson from Trench Town, St Andrew, explains what it’s like to be living in the room that once belonged to Marley.
1
2
3

Two persons who resided at the house where reggae legends Bob Marley and Bunny Wailer lived as youngsters say things will not be the same again at the infamous 'Big Yard' following last Saturday's fire that damaged the top floor of the residence.

Yvette Gordon, 47, recalled some of the stories that her mother, Ruth Campbell, 78, told them about her time growing up with the late music icons. Gordon admits that those tales formed part of her childhood identity and gave her a sense of significance as an adult.

"It is a good feeling because I always hear about Bob Marley as a child growing up, and to know that he once lived here makes it even nicer," said Gordon, while sitting on a bucket in front of the burnt two-storey building. She recalled a story that her mother often shared about her time playing with Bob Marley.

"She would say Bob was very energetic. Him always a play either marble, or football. Mi remember one time she tell wi how him would a try teach her how fi play football," she said. Gordon could not state how the fire started.

"All mi know is that mi hear a loud commotion and when mi look mi see the place on fire. It was early in the morning because I was already outside sitting when neighbours passing by shout out to me say 'yuh house deh pon fire! Yuh house deh pon fire!' Things just nah go be the same now," Gordon told THE STAR.

She added "Mi mother always tell us how she and him (Marley) would play ina di yard when dem did younger. Obviously, things were better when Bob was here. Di environment was a lot calmer and better for children to grow up. Now, things and time getting really difficult because things get harder and every day yuh hear gunshot and people dying. Everything just different now."

Gordon also said that despite the house being in a dilapidated state, tourists often marvelled at visiting the former home of reggae music's global icon.

"A lot of white people come, and they take pictures and all happy to be where the great Bob Marley grow up. Dem would go upstairs to where his room was. Sometimes we have more than a dozen tourists ina di yard," she said. "His music is legendary, so it is a very good feeling to know that I am living somewhere where someone who is so iconic around the world once lived. When mi first understand I was like 'yea, mi live ina di yard weh di real big man did live'."

Like Gordon, 51-year-old Phillip Wilson said he is often in disbelief that he was occupying the same space that Marley once called home.

"Every now and then it flash cross mi mind say di great Bob Marley used to sleep ina di same room weh mi deh now. It is a great feeling, mi nah tell yuh no lie! I operate a shop along the road, and that is nothing to compare to Bob but mi feel special same way," said Wilson.

'Big Yard' was once occupied by Thaddeus Livingston, Bunny Wailer's father, and Cedella Booker, Bob Marley's mother, before she moved to Delaware.