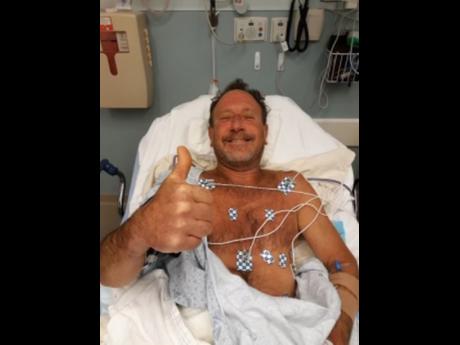 A lobster diver who got caught in the mouth of a humpback whale off the coast of Cape Cod on Friday morning said he thought he was going to die.

Michael Packard, 56, of Wellfleet, Massachusetts, said he was about 45ft deep in the waters off Provincetown when “all of a sudden I felt this huge bump, and everything went dark”.

He thought he had been attacked by a shark, common in area waters, but then realised he could not feel any teeth and he wasn’t in any pain.

Packard said he was in the whale’s mouth for about 30 seconds, but continued to breathe because he still had his breathing apparatus in.

Then the whale surfaced, shook its head, and spat him out. He was reportedly rescued by his crewmate in the surface boat.