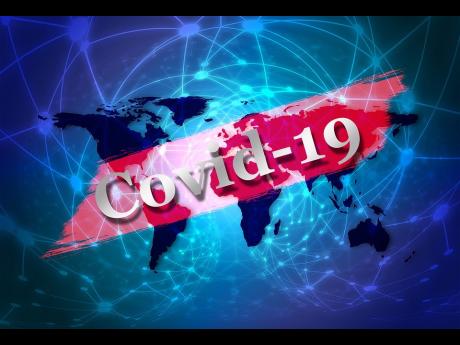 Speaking during a COVID-19 management update late yesterday, Bostic confirmed what was widely speculated after the cases mushroomed at the end of 2020.

“Our strategy at the moment is trying to find persons that we consider to have been exposed to known positive cases, continue to assess them, place them in quarantine and to test all primary contacts, and this will continue, but with some intensification in places of greatest interest.”

Bostic said since the first cases in this outbreak were detected at the end of last year, there were 1,035 positive, mainly among the local population, concentrated on the south and west coasts, consistent with the clusters.

He noted that the evidence was pointing to the fact that the cases were originating in areas where people tend to drop their guard, among family and in community settings, but there was one positive coming from the business sector.

“The protocols are actually holding and because the protocols are holding, that is why we are not seeing a lot of positive cases coming from contacts from those persons who would have visited various business places and so on,” he explained.

The health minister added that the Pan American Health Organization (PAHO) has been informed about the authorities’ decision regarding declaring community spread.

He said while Barbados has been working assiduously to deal with positive cases and putting required measures in place, authorities have a plan in place that includes finding persons who were exposed to known positive cases; assessing them and placing them in quarantine.

He also said that additional resources from within the Ministry of Health and Wellness will be allocated to the contact tracing effort, including the use of the WHO approved antigen rapid test to assist with screening at hospital and an initial test for primary contacts.

According to the health minister, assessing the level of transmission is key to assessing the overall COVID-19 situation in Barbados and epidemic control measures are of great importance.

Meanwhile, the number of COVID-19 infections at HMP Dodds is on the decline, and rapid testing has been introduced at the penal institution.

According to Minister of Information, Wilfred Abrahams, while the situation at the prison was not fully under control, it is “100 per cent better than [it was] a week ago”.

“What I am pleased to say is…we have made significant progress in the prison. Whereas we tested over, or we had over 300 confirmed results in the prison, I think we are now down to a very, very small amount,” Abrahams said.

He added that rapid tests were also being used as the prison circumstances warrant to assist in early detection, to better manage the prison healthcare system.

However, Abrahams noted that while the number of infections at the prison were reduced drastically, authorities were working to ensure that the situation did not re-emerge.

“We are trying to keep everybody in terms of exercising within their quads, so that if we do have a flare up, or somebody else happens in the prison, they can be confined, or isolated to sections, as opposed to the general population,” he said.