Accused in murder of 4-y-o remanded 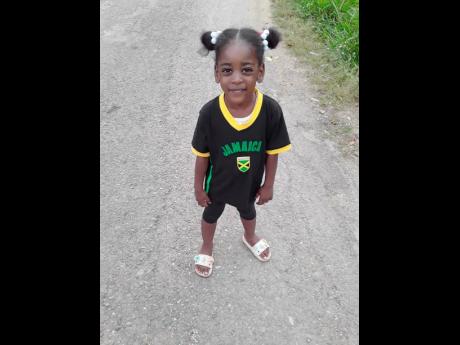 A chef and his girlfriend, who were arrested and charged in connection with the murder of a four-year-old and the wounding of her father, were remanded into custody when they appeared before the Trelawny Parish Court on Thursday.

The accused Kevin Williams, 36, otherwise called 'Bug Head', of a Red Hills Road address, and Freeman's Hall, Trelawny, was charged last Wednesday, with the murder of Chloe Brown, and the shooting and wounding of her father Dalton Brown, 49, and his common-law-wife. His girlfriend, Joan Turner, 42, is charged with conspiracy to murder.

Williams and Turner, who did not have legal representation, informed the court that they would be seeking assistance from the Legal Aid Department to acquire an attorney.

The presiding judge then ordered that both be remanded into custody and brought back to court on Thursday, February 18.

Reports by the police are that shortly after 1 a.m. on January 11, Brown, his common-law-wife and Chloe, along with two other female relatives were at home in bed when he heard strange sounds coming from the room.

Brown went to investigate and saw a masked man with a gun standing in the room. He attacked the intruder and a tussle developed. During the struggle, Brown was shot in the leg. The gunman fired again, hitting Chloe in the abdomen, before escaping from the house.

Brown and Chloe were rushed to the Mandeville Regional Hospital where she was pronounced dead, and Brown admitted in serious but stable condition.

Williams was pointed out as the shooter by residents. He was found hiding in a closet inside a house owned by Turner. He was held, beaten, and then handed over to the police.