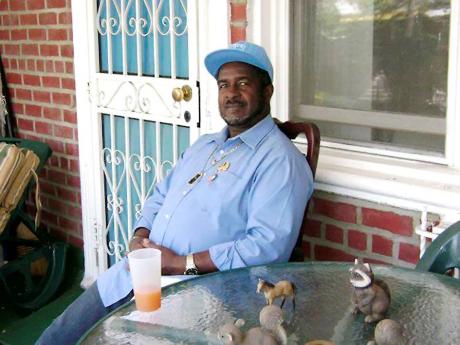 Flavious Miller, 68, died from COVID-19 at the May Pen Hospital on Tuesday after being admitted on September 11, but his family has questions.

A relative, Tonian Lindo, said that when her mother spoke to him last Sunday, he said he had not had oxygen since the previous day.

“I don’t like the blame game but now I have questions, my family needs to know what happened. I’m thinking was oxygen really in the tank? Or they just tell us that?” she said.

Lindo said that the hospital’s initial approach to Miller was also unsatisfactory.

“When he arrived at the May Pen Hospital, he spent the entire Friday waiting to be attended to and get tested and they eventually admitted him late that evening pending test results,” she said. “Since then we have had no real answers, it was only this Sunday that we finally got back the test result that he tested positive for COVID and even then they said everything was okay, only the oxygen level. They don’t communicate properly which was not diligent and definitely negligent. For an entire week they had no concrete answers.”

Though Miller had diabetes, Lindo is not convinced that his death was solely based on the fact that he had a comorbidity.

“The system is overwhelmed and lives are being lost. They need to admit the gross inadequacies and that they have lost control,” she said.

Dr Mindi Fitz-Henley, president of the Jamaica Medical Doctors’ Association, said she is not aware of any shortage of oxygen and she believes the patient would have been given closer attention because of his comorbidity.

“Oxygen is not something that is in short supply, so maybe what has happened is that they weren’t aware of the oxygen being delivered because it is a colourless and odourless gas and it cannot be seen,” she said “But it doesn’t sound like something that could realistically occur, because for the fact that we know that someone with comorbidities is more at risk, it is highly unlikely that he received sub-par treatment.”

When THE WEEKEND STAR contacted the hospital CEO, St Andrade Sinclair, he advised the relatives to visit the hospital to have further discussions.

“Anything that happens in the hospital that is very important and involves patients is brought to my attention. I have an office, persons can come in, set an appointment with my scheduled secretary and we take it from there,” he said.