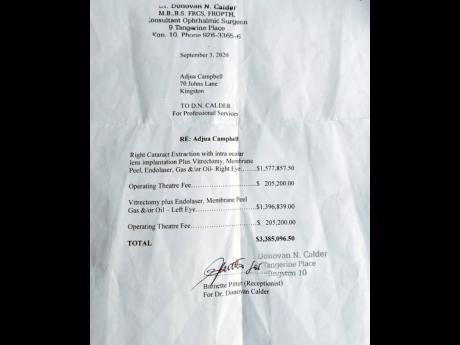 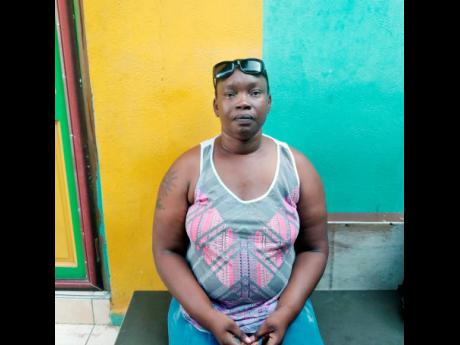 Adjua Campbell says the pain and discomfort that she has been experiencing in her eyes is too much to endure any longer. The 41-year-old Fletcher's Land, Kingston resident, who once worked as a chef, said she was forced to leave that job a few years ago because of her eye condition.

Today, the possibility of blindness still lingers for Campbell, who is diabetic. This has caused her to issue a desperate plea for help from the public to foot a bill of nearly J$3.4 million for corrective surgery on her eyes.

Campbell said she was diagnosed with diabetes more than 25 years ago, and in 2017, she was forced to amputate three of her toes. In February 2019, she began experiencing blurred vision while cooking one Sunday. It was the start of her eye problems.

She told THE WEEKEND STAR that when she went to check out what was wrong, she was told that the retina was moving away from the wall of one of her eyes and that she had cataract.

Campbell said that her sight is so bad that sometimes she has to feel her way around her house. She is hoping and praying that she won't lose her sight.

"Mi nuh waah fi go blind. Mi need help, so mi a ask if there is anyone out there can help me towards it, I will be grateful and thankful. In the day time, the sun is my best friend. But from 5 p.m. come, it just start get dark and dusty and mi cya see properly. Mi affi wear shades," she said.

She said that she can hardly begin to think about finding the $3.4 million needed for the surgery. "If mi nuh get no help, mi a guh blind and a dat mi nuh want," she said.

Persons willing to assist Adjua Campbell can make donations to her Jamaica National Bank account #10346814 at the Duke Street branch in Kingston. She can be reached via telephone at 876-843-8651