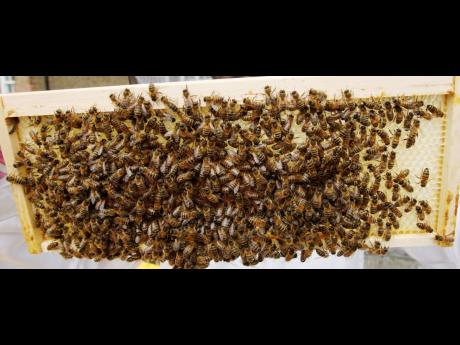 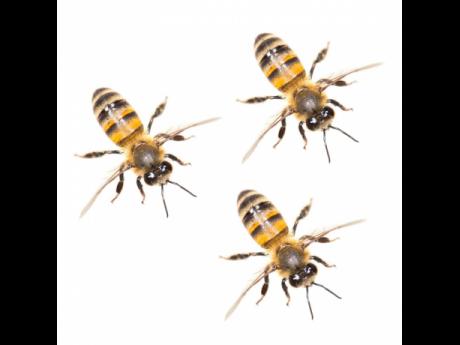 Claiming to have been stung on numerous occasions by bees, which he alleges are being kept next door his house, a Clarendon resident has started a lobby for laws to protect people from the honey-producing insects.

The man wants a law similar to the one governing dogs, which would impose civil and criminal liability on beekeepers whose bees cause harm to people.

"We know that a dog bite is more dangerous, but I don't believe that bees should be raised in a housing scheme. We need protection from the bees, because as simple as you may take it, their sting can be dangerous," he said.

The man stated that his neighbours have been raising bees for more than two decades and the insects are "uncontrollable at times".

"When we call the police, they say they don't know what to do about it, so nothing is done. Just recently, I opened my grille and one of them just fly and sting mi on my mouth. They sometimes leave their boxes and when they swarm the roadway, persons, including children, are afraid to pass," he said.

General practitioner Dr Jephthah Ford says that most persons stung by bees, simply need to pull out the sting and the area may swell or feel sore for a while.

"However, there are persons who are hypersensitive and they may get just one bee sting and die," he said. Dr Ford stated that the hypersensitive person will collapse shortly after being stung, and without an epipen, the individual may die.

"I believe that bees should not be kept in an urban setting because of that risk," he said. The Bee Control Act is silent on the issue of where apiaries can be located.

Hugh Smith, chief plant protection officer in the Apiculture Unit of the agriculture ministry, said a review of the Act is being conducted.

"What we have worked with is the zoning from the parish council standpoint. Whenever we find breaches of this nature, we ask the persons who are affected to report the matter in writing to the parish council, and ask for a cease-and-desist order that would prevent them from operating," Smith said. "I can tell you that the raising of bees is not a nice activity to have within residential areas and we have, from time to time, asked persons to remove them from these communities."