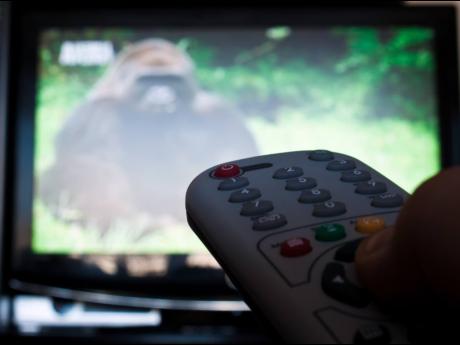 David can’t fall asleep without the TV on. This has disrupted his wife’s sleep for years, as she finds it difficult to go to sleep with the TV on, but she has tried to accept the TV because David generally has a difficult time falling asleep. But sometimes it’s too much! She asks Check Up if anything be done about this.

All medical studies tell us that falling asleep with the TV on isn’t good. There’s a wavelength of light which comes from most electronic devices, called blue LED light, which seems to have an effect on melatonin, which is a hormone that affects our sleep rhythm (circadian rhythm).

Blue light inhibits production of melatonin, which is the hormone which tells our body when it’s time to sleep. So, the blue LED light tends to keep you more alert before bedtime, if you’re watching TV (or using your cell phone or computer). It’s also going to make it more difficult to go to sleep for most people and prevent entry into deep sleep states which allow for proper rest.

However, it seems that some people deal with this blue light differently. They become used to sleeping with the TV (or other electronic gadget) turned on. Their bodies get used to a routine which overrides the bad side effects of the exposure to blue light. There’s a large percentage of our population who sleep with the TV on and seem to sleep fairly well and be energetic the following day, so further studies seem appropriate before we can fully condemn the ‘sleep with the TV on’ practice.

It has been noted that insomniacs often need some form of distraction in order to fall asleep, and this might be what is happening with David. Insomniacs think about just everything when the light is off and it’s time to sleep. They hear their heart beating, feel tense muscles, and think about every bad moment which happened that day or that week! Watching TV is a passive activity and the TV stimulus is just a background activity which allows them to drift off to sleep. Sometimes it’s also the TV noise which is helping the person fall asleep. In that case, they could try an audio device with headphones!

Some sleep is better than no sleep and David is not a part of the general populace when it comes to sleeping, so he is doing what works for him. His poor wife may need to sleep with night shades on and earplug in, or David can occasionally stay and sleep in the living room with the living room TV overnight to give her a break. It is also possible that a psychologist could help resolve the insomnia, so please consult with one.