Check-Up: The discharge keeps coming back 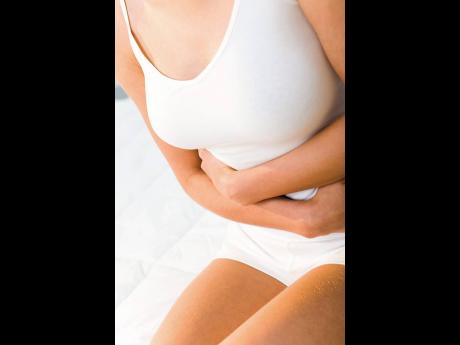 Racheal says she has been suffering with an on-and-off vaginal discharge for years, but in recent months, it seems to go away for only a short time after treatment then soon recurs.

She has used different medications and vaginal inserts with some amount of success, but the problem always returns.

She asks Check Up for some advice on what she can do to obtain some lasting relief. The discharge is greyish in colour and has a fishy smell.

What is happening here is that the vagina is inhabited by its own natural flora (naturally occurring micro-organisms), and there are also some bad (pathological and illness-causing) organisms present in small quantities.

In the healthy vagina, there is a balance between good and bad organisms at all times. However, the vagina is one area which connects the outside environment to the internal organs.

It is, therefore, exposed to many pathogens (bad organisms). The good bacteria and other good organisms are always fighting the bad ones. Most times, the good organisms win and keep the vagina normal.

BV occurs when the bad organisms win the endless battle and take power. Some good bacteria in the vagina are Lactobacilli, which are also present in yoghurt. This is why some women orally ingest and also insert yoghurt vaginally as a home-made remedy to fight BV.

Here are some facts about BV:

- BV is not considered to be a sexually transmitted infection (STI), but it’s definitely more commonly seen in women who are sexually active. It is seen more often in individuals who have new or multiple male or female sexual partners. A male partner can be infected with BV, and this is often overlooked and can lead to recurrent BV. Recurrences of BV may be due to reinfection or to relapse because of incomplete treatment.

- The best treatment for BV is a seven-day course of Metronidazole, an antibiotic which is well known for causing gastrointestinal side effects. It should be taken completely when prescribed. When this is not done, the germs don’t die but become resistant to the medication when it’s used in the future, causing a high risk of recurrent infections.

- Women also sometimes douche to wash out infections from the vagina, but douching is thought to cause imbalances with the vaginal flora and may actually cause the BV to occur or worsen.

- Hormonal imbalances also occur during pregnancy and around menopause, which can also lead to changes in the vaginal flora which favour BV.

- Weakened immunity because of stress, diabetes and HIV can cause BV.

- Tampons or perfumed pantyliners are also associated with recurring BV.

- Wearing tight jeans or tight panties can keep the genital area too warm and promote the growth of unhealthy germs which cause BV.

- Use of intrauterine contraceptive devices also cause a risk of developing BV.

- Avoid too much use of soap which removes natural skin oils.

There are many factors that we just don’t see as problematic which can lead to recurring BV infections.

Start with making positive changes to the possible problems spoken of and see if the frequency of recurring vaginal discharges, especially BV, decreases.

Drugs like Sporanox, Nizoral and Diflucan are used both as initial treatment, as well as maintenance treatment for up to six months.

This long-term treatment seems to work well, as studies show that drug resistance for most fungal treatment is rare.