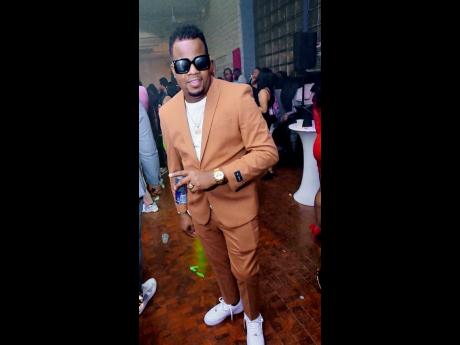 "This idea for this riddim came about in a time when my life had a lot of expectations, when my son was just born, when I had just moved to America. It was a time when I was figuring out my next move in life and all the songs on the riddim answered those questions. They all seized the expectations so it flowed from there," he explained. "With this riddim, we're giving back the feel good music, some sentimental music that heals the cries of the people."

The link between Williams and dancehall artiste Munga Honorable, who voices the rhythm's title track, was made several years ago, making the collaboration a seamless effort.

"I had already written my lyrics and melody before I heard the riddim, therefore making the recording process quite short," Munga Honorable stated. "I know I have a hit song on the riddim. I'm proud of the move TV Boss has made."

Williams is known for his acting roles in the Ity and Fancy Cat Show as well as in American entertainer Nick Cannon's King Of The Dancehall movie. He took his first step into production by officially starting his label, TV Boss Entertainment, in January. It was a new year's resolution and birthday gift to himself.

"It was a long time coming for me, hanging around artistes, being at studios, having people encouraging me to voice a riddim. But it was when my son was born that I decided it was time to make a crossover. When I got the riddim, I sent it to Munga and he liked it so it was a go from there," Williams said.