Lil Kish steps out in style with ‘School Walk’ 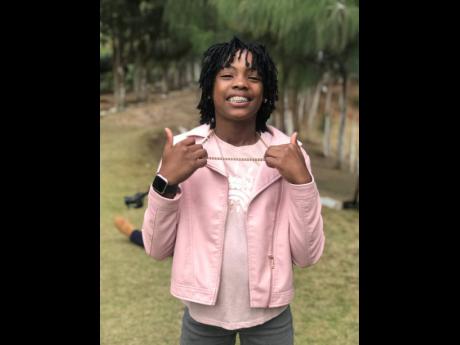 Young recording artiste Lil Kish is stepping in style with her latest single School Walk which was released on August 2.

"Normally I write songs based on current events but this song was just a freestyle. I just want the listeners to have a positive vibe and just be happy," the singer said.

The accompanying music video, which was shot at Belair High School, which she attends, has been gaining traction online, with the 'school walk' dance move prominently featured.

"The video for me is all about having fun and promoting my new dance, School Walk. I really enjoyed shooting it and I'm glad people are liking it," she said.

Steadily making a name for herself, Lil Kish is a budding artiste who is drawing in music lovers with her songs that highlight topical social issues. Her debut single titled Corona was released in December 2020. Since then, she has released other singles including Grateful, Rasta Girl and Jamaican History.

Her work is not without reward, as she recently received a recognition award from the Southern Regional Health Authority for her invaluable contribution to the organisation during the pandemic. Going forward, Lil Kish has more in the pipeline and invites listeners to stay tuned.

"For this coming school year, I just want to say I'm going to hold my bag and do the school walk with confidence because 'nothing but greatness' is my mantra," she stated.