Beauty Bling believes she has a place in music 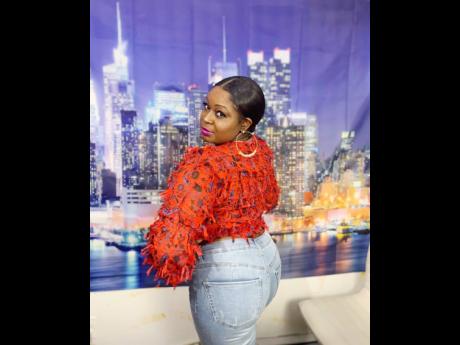 Up-and-coming artiste Beauty Bling is convinced that there is a place for her in the music industry.

The New-York based artiste told STAR on the Rise that she is confident she has the look, swag and most importantly, the talent to be a prominent figure in the competitive dancehall world.

"I have been doing music since I was around five years old. My daddy was a deejay and I used to follow him everywhere. I was just so fascinated by music. I loved singing. I was singing on every choir as a child, participated in every rally and just would burst into random singing for people in my community," she said. The Manchester native said that she honed her skill and expanded beyond singing. When it comes to music, Beauty Bling says she considers herself a 'Jane of all trades' as she can rap, deejay and produce. Still, she did not think she would pursue a professional career in music until recently. For most of her adult life, Beauty Bling has been a cosmetologist.

"I got a gift for making people look their best selves. I love helping people look beautiful and that's why I chose the profession I did. But as I grew older, I realised that it was OK to have more than one talent," she said. "Who says you have to be one or the other? In my head, I can be both and so that's my aim."

Beauty Bling, who is the CEO of Beauty Bling Productions, has ventured full-time into music, and released her debut single The Feelings featuring dancehall veteran Pink Panther in March. "I just want to continue producing music and see where it all leads me," she shared. "I know there is a place in the music industry for me. I see myself going very far in the music because I am unstoppable. We really don't know what the future holds but I consider myself the Lord's anointed so there's nothing but greatness in this industry for me."

But for Beauty Bling, one of the biggest hurdles in her race towards musical greatness is lack of support, especially if you "don't have a buzz", hence why she produces her songs.

"I already know that if you don't know somebody and your name is not calling no one pays you any mind and so I try to be there for me in every way," she said.