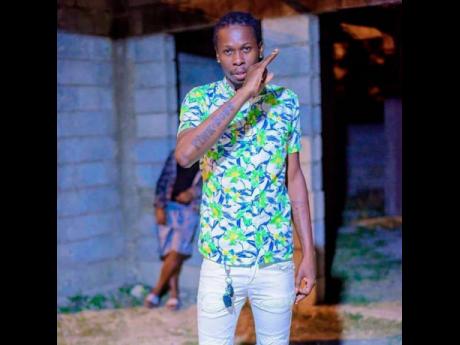 Dancehall artiste Pink Boss says that since his professional debut, he has touched on many topics but not his upbringing.

He changes that with his latest single Garrison Life. "I remember one night I came in from studio and I was sitting on the bed and just reflecting on life. I said to myself 'You know I never talked about how I grew up in song.' I know there are a lot of life lessons I can impart with my story and I wanted to do just that," he said. "I was there and I started to play some riddims. The particular riddim that the song is on, when I played it, it was like all the chips falling into place because the riddim told me exactly what topic I was to sing about and it was the same thing I was just thinking about."

The entertainer said it took him only seven minutes to put the entire track together, describing it as "one of the easiest songs I have ever written".

"And the reason why it was so easy was because it was real. I was talking straight facts about my life and how me grow. I want to let people know where I am coming from," he shared. "I am expecting the fans to relate to this song because a lot of youths out there grew up the same way I did in the garrison. In those places, it has always been about sufferation and making hard choices as a means to an end. Unfortunately, some of the choices you made were the wrong ones but you can change and the song is saying exactly that."

"In the song, I said ' I could pursue badness but mi nuh choose it. Enter Magnum King and Queen do some music," he continued. "You rule your destiny and you can change course at any time is the main message of the song."

Pink Boss says he is hoping the track can create such a buzz that it makes him a household name.