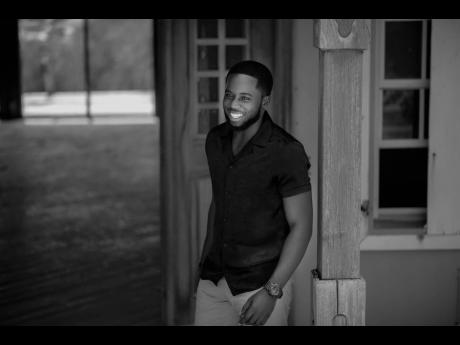 Anguillan artiste Vere Musiq is looking forward to growing a fan base in Jamaica.

Describing himself as a lover of reggae who was influenced by greats such as Beres Hammond, Alton Ellis and John Holt, the entertainer said he wants to be remembered as the artiste who positively impacted the music space.

"Listening to Beres and dem guys really made me the artiste I am. That kind of music made me feel good and that's when I knew this was what I wanted to do. I wanted to make people feel exactly what I felt as a boy growing up on these artiste's music," he said. "I am the artiste who spreads positivity and love through my music all the time and that is how I want to be remembered and identified. For me, the music must make you feel good and be in a good mental space."

Vere Musiq is promoting a new track titled Calling On You. He told THE STAR that the track is meant to be a source of inspiration for everyone going through difficult periods. He said that his manager, Ivan Connor, challenged him to write an acoustic song.

"I knew I didn't want it to be a typical love track or anything like that. I immediately knew I wanted it to be motivational and inspiring," he said. Vere Musiq said the song was influenced by the pandemic, the eruption of the La Soufriere volcano in St Vincent, and "the different wars going on across the world".

"I wrote that song about one in the morning. There are a lot of challenges in today's world and I wanted a song that would connect everyone in their different situations," he said.

The song was officially released on June 3, and Vere Musiq said he wanted everyone to understand that regardless of the obstacles, as long as they have life, they can get through them.

"People have been telling me how encouraged they are by the song and that is the most rewarding feeling ever," he said

The 28-year-old, given name Natan Vere Connor, says he is looking forward to using the song to find his footing on the local music scene.

"I love Jamaica and I definitely want the audience there, the artistes there, the musician there to tune into me and my work," he said. He revealed that he has a collaboration on the way with Agent Sasco and is also gearing up to release his debut EP by year end.