Lisa Mercedez raves about ‘good body’ in ‘Like a Virgin’ 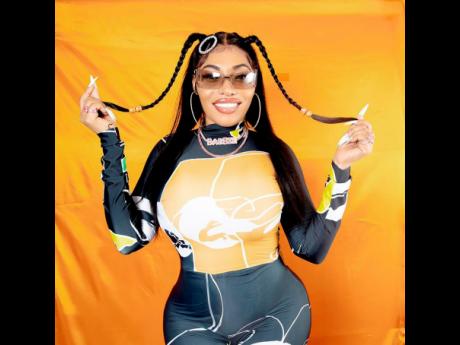 England-based Gaza-affiliated artiste, Lisa Mercedez, said her latest single, Like A Virgin, could be a summer anthem.

In an interview with THE WEEKEND STAR, the entertainer said that with Jamaica's entertainment scene set to come alive over the next four weeks, she is ready to initiate a takeover.

Lisa Mercedez said the single was inspired by the need to showcase her 'good body', something she wants all women to do proudly this summer.

"This record is all me and I am basically talking about myself and my good body. The track embodies what I am about and my own creative genius and I want when the women listen to it, they feel as good as I did recording it," she said.

Lisa Mercedez, who has collaborated with artistes such as Vybz Kartel and Sikka Rymes, said so far the song has been getting rave reviews on Spotify. Already the track has reached over 200,000 ears. She credits that to good business decisions and shares that she expects the song's popularity to grow even more once it is released on all other digital streaming platforms. "Music is not only about quality but also about marketing and my team and I have been putting a lot of work into the latter. It's one thing to do numbers on YouTube, but when you see streaming platforms like Spotify showing progress, then you really know the music is being felt," she said. "It can only go up from here for the song and so right now it's about being consistent. I am definitely looking forward to giving the fans more content."

Lisa Mercedez says she has no intention of easing up this summer and is gearing up to release a major collaboration with English rapper, Giggs this month. As the entertainment scene worldwide also gets back to some level of normalcy, the entertainer says she has a few shows lined up across Europe that will see her increasing her visibility on the international scene. She revealed that she was also recently in Jamaica doing promo runs and hopes to return in the next few weeks for the same reason as the event scene reopens.