Intence gets backlash from parents 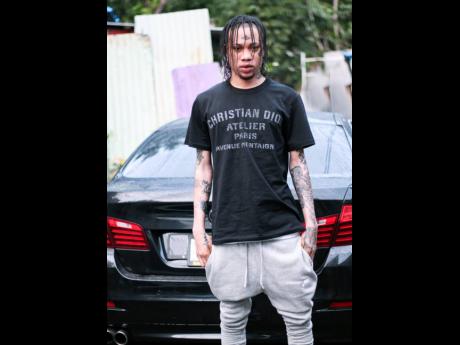 An appearance by dancehall artiste Intence at a Cayman Islands high school last week is causing much controversy.

News reports state that the entertainer, given name Tashawn Gabbidon, was invited to speak at a special event at the institution last Thursday. He addressed a group of excited students, encouraging them to remain focused on their studies and to stay in school. But some parents and social media users have posted their belief that as an artiste whose music rarely promotes positivity, and one who practises skin-bleaching, Intence should not have been allowed to share space with young impressionable minds.

But Trippple X believes that Intence's image was the issue and not the fact that he's a dancehall act. He said society generally tends to judge people by their outward appearance.

"We have a very ancient way of looking at what success is. The first indication of success by wider society is several degrees behind dem name or sitting in an office wearing a suit and tie and being clean cut," he said. "A lot of people don't see that a lot of the people who are really successful and influential now are the people who are tattered, the people who society look at as castaways." He used Bob Marley as an example, suggesting that at the height of his career, Marley was not viewed favourably.

"Bob Marley was looked at as the worst society had to offer, a dutty Rasta bwoy weh a lead the yutes a stray. But who is Bob Marley today?" he questioned. "Bob Marley is now the universal figure of peace, love and unity. Give people a chance because who to tell, 30 to 40 years (from now) we can a look pan Intence the same way we look at Bob Marley now. Allow a man fi prove himself and not judge dem for how dem look."

Artiste manager Marlon Burke said many dancehall acts carry a certain image and people believe they will act a certain way because of that.

Intence's team declined to comment on the matter and calls to the school's principal went unanswered.