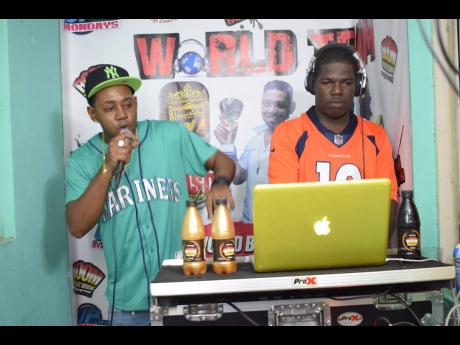 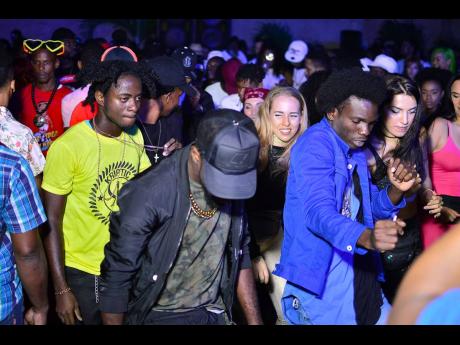 Patrons enjoying a 2018 edition of Uptown Mondays. The event, like many others, could not be held due to COVID-19 restrictions. 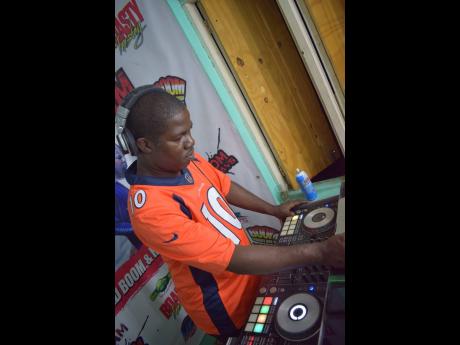 Harry Hype on the digital turntables.
1
2
3

But before that green light was given, the sector had been surviving off virtual events. Having pivoted in a time that called for huge adjustments, key players in the industry, particularly selectors, kept the entertainment scene alive through online live sessions on Instagram.

In this week's edition of Life of the Party, dancehall selector Boom Boom shared that had it not been for these live social media sessions, many would have gone completely insane during lockdowns.

"A one a di greatest things ever happen to the world; social media. If it wasn't for social media right now me woulda stress out, real, real stress out. Mi wah say big up all vloggers, all YouTubers weh make we can hold a vibe and laugh same way because a it hold we, a it make we nuh stress out and mad," he said. "When the live (sessions) done a night time, a baay people inna mi DM (direct messages) a tell mi how much dem appreciate the music and how much dem love the vibes. People always talk say we keep dem current, say a we keep dem going."

Boom Boom, who alongside Harry Hype form the World Team, are responsible for Boom Sundays, Uptown Mondays and Boasty Tuesdays. All three dancehall parties were street sessions that drew hundreds of people pre-pandemic. Boom Boom admitted that when he first started to host live sessions, he had no idea how they would translate to the public. He also shared that when it came to the social media aspect of things, he was grossly inexperienced.

"All a dem dance deh weh I did have plan overseas got cancelled and mi lose and mi lose big time but the greatest thing is, mi gain. Mi learn the whole live thing and mi did still have an income. First when me start Boom Sundays live mi never know nothing bout it. A go mi go over (Tony) Matterhorn page and learn from the great," he said. "The actual party totally different from the live sessions innu because we outside wid we fans dem and we have a different energy. But when we inside pan di live, we hold a vibe same way and the emojis and the comments dem mean a lot. Dem thing deh make we strong up inna di pandemic yah."

Boom Boom says with all selectors have done for persons throughout the pandemic, he considers himself and his colleagues "essential workers". He says the role they've all played in keeping persons entertained virtually over the past year must be recognised as a big deal.

"We are essential workers man because a whole heap we a do. When we ago chu we phase, music keep we going," he said. "Music a just the greatest thing yah man and every selector, every artiste weh help bring music to the people when the people couldn't come to us, are a big deal."