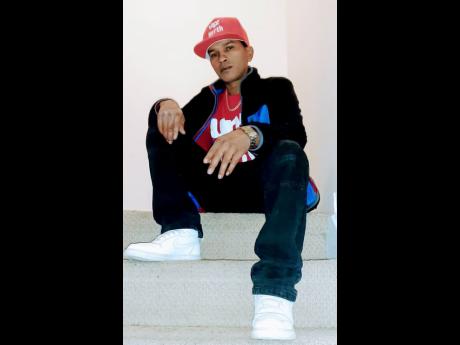 Guyanese dancehall artiste Hurricane Ivan plans to take the music world by storm with his unique musical style, which he describes as a fusion of Guyanese and Jamaican music.

"I'm bringing something totally different to the music scene; it's a mixture of chutney, calypso, dancehall and reggae. It's a winning formula, and people are going to love it," said the artiste.

Hurricane Ivan is currently promoting his new single, titled Green Paper. This was produced by Trinidadian producer Ossy Gurley, who co-wrote the Baha Men's 2000 smash hit, Who Let The Dogs Out.

"I'm getting good feedback about my new single; it's getting rotation in Jamaica, Guyana, Trinidad and Canada. I'm grateful to everyone who's supporting my career, especially my fans and the DJs," said Hurricane Ivan. He plans to release a video for Green Paper by the end of June.

Hurricane Ivan, given name Ivan Churaman, was born and raised in Georgetown, Guyana. He currently resides in Ontario, Canada. He launched his recording career in 2020 with a single titled Can Of Worms on the TME label.