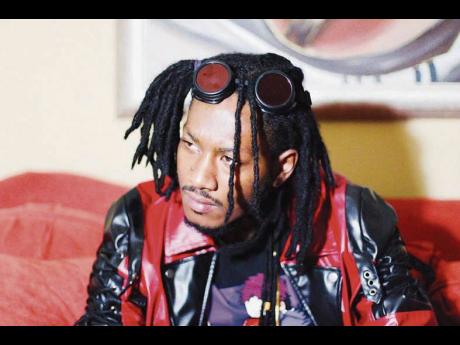 With the coronavirus pandemic taking an increasing toll on nations, and the lack of entertainment events for persons to let loose and enjoy themselves, recording artiste Sauce Perreler believes he has the formula to inspire, his latest single, Dancing.

"With everything that is going on today, I believe people would benefit from just dancing and having a good time. So I wrote this song for people to not focus so much on their current challenges but to free their mind and just dance," Sauce Perreler explained. He describes his style of music as new-age dancehall.

Sauce Perreler, given name Gladstone Nelson, got into music from a young age by performing on the Mega Bosch sound system which was operated by his older brother. Originally from Cowley district in northern St Ann, he currently resides in Maryland, USA.

"My father introduced me to the music of Burning Spear and Bob Marley. I also used to participate in DJ competitions with my two older brothers," he recalled.

It wasn't until early 2015 that Sauce Perreler and his long-time friend and cousin, Christopher King, owner of Money Ina Kyle Records, began recording music and producing demos. Later on, he was featured on The Money Mint rhythm by AKDT Records. Sauce Perreler's previous releases include Love Pandemic, Ghetto Youth and Meteorologist.