Party promoter ready to cement brand as a producer 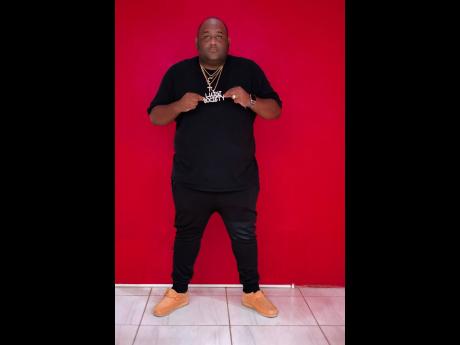 Romaine 'Luigi Society' Brown, promoter of Allure, Daybreak,and Hennessy V, which are staples of Jamaica's entertainment calendar, has, for many years, been artiste manager for Munga Honorable. It is a job that Brown said, "helped me to adapt to the lifestyle and learn my way around the studio".

"There have been many days where I stay in studio with Munga for 24 hours straight, sleep and wake up at the studio," he said.

He also credits recording artiste and actor Benzly Hype for being the first person to introduce him to the production side of music.

"I have been involved in music production since 2011. Not many persons know Benzly is an excellent composer and audio engineer. He is the one who made me get into the producer frame of mind. It started with co-producing the Quivering riddim on which Benzly's single Quivering and Munga's Mr Flip Rhymes were recorded. Both artistes are perfectionists. Be around them long enough and you will be sure to develop that quality," Brown said.

With the party scene experiencing a lull and the cancellation of tours, Brown said he has more time on his hands. Now, with a mission to cement the 'Luigi Society' brand in the music industry, he has partnered with Vision House Entertainment and Gran One Muzik. They have been in studio for the past couple of months working on the Sikario rhythm.

Some of the entertainers he's working with are Dane Ray, ZJ Liquid, Press Kay, Wasp, Teejay, Ratigan, and, of course, Munga Honorable, who plays an integral role in all the productions as well as a host of newcomers, including Kyodi from Aidonia's 4th Generation camp, Gaado, and Natural Flamez from Hilltop Records.

"The July release of Dane Ray's RAY GAD single is definitely one of my biggest projects to date and has opened a new avenue for me. He is also one of the artistes featured on the Sikario riddim, which is scheduled to be released by the end of the year, along with singles from Popcaan and a collaboration between Munga Honorable and Teejay. We are currently shooting multiple videos for the project, with an aim to have a visual accompany every track," he said.