Strictly platonic - Romeich adamant that he only wants to protect Shenseea 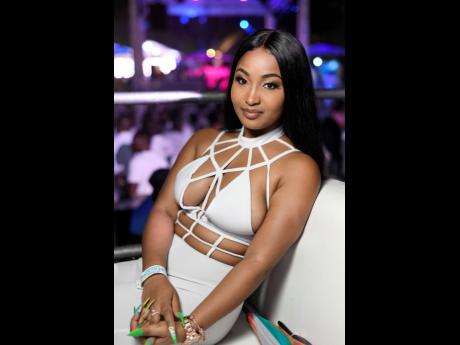 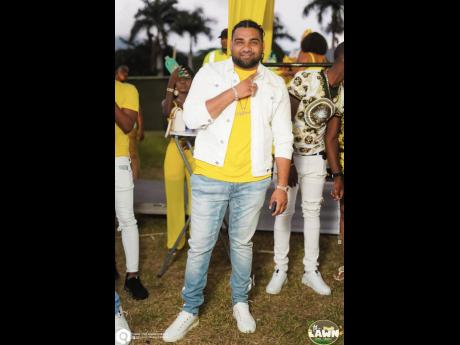 Having to deal with the never-ending rumours of an intimate relationship between himself and dancehall princess Shenseea does not seem to faze Romeich Major one bit.

In fact, in a recent interview with THE WEEKEND STAR, the artiste manager said he considers it a compliment when persons make romantic links between the two.

Still, he maintains the two are not intimately involved and said that having built Shenseea's career from the ground up, he will always have a closer relationship with the Good Comfort singer than the other artistes on his team.

"Unu a go see me round her 24/7 because mi take her from zero to where she is now. When Ding (Ding Dong) come round, him did have a buzz already and me mi did just a dweet fi fun and as a friend.

Was just a promo girl

When Teejay come around him did have him song weh a bubble so people did know bout him. But Shenseea was just a promo girl weh we turn in a dis and so it a go look more intimate," he said. "Still, at the end of the day though, come on people, it's Shenseea. She's hot, so if somebody look pan mi and say mi involved wid Shenseea or a do supmn wid Shenseea, mi business? Weh dem wah do? Come and say mi involved wid Ding? No, no di killy nuh deh pan dat."

Pointing out that Shenseea is his greatest investment, Major said that he has always felt a need to protect her and be there for her.

"If yuh notice me mostly tour wid Shenseea. She's the youngest of all the artistes and she is the female and so yuh affi have somebody out there weh a protect her pan da level deh. Having a female artiste is very stressful. Yuh affi make sure say dem nuh mix and mingle certain way. Yuh affi protrect dem," he said. "Is like glass. Yuh affi know how tight yuh hold the glass cuz yuh will bruk it. If yuh listen Shenseea first song dem in a di first couple months to the song dem now, breddda, is like a big tree grow in a three year. And so we see the difference. Who wouldn't want to protect that?"

Speaking of her growth, Major said he highly doubts that another female artiste with Shenseea's talent would come around in Jamaican music anytime soon.

"Memba everybody cuss Shenseea as this woman weh sound like man and she give unu her softer voice, her lighter sound, her more feminine side on Lighter. She flexible and she versatile. Mi nuh think a next Shenseea a go come around soon. Unu nuh see quarter a weh she can do yet. Mi can say dat and when her album drop unu a go understand dat," he said.