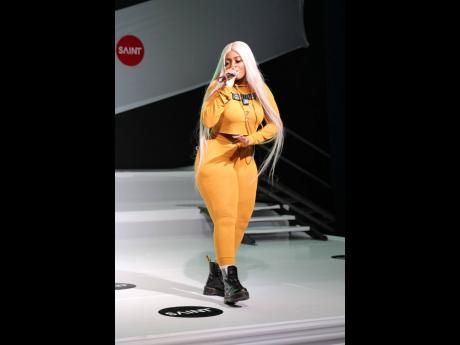 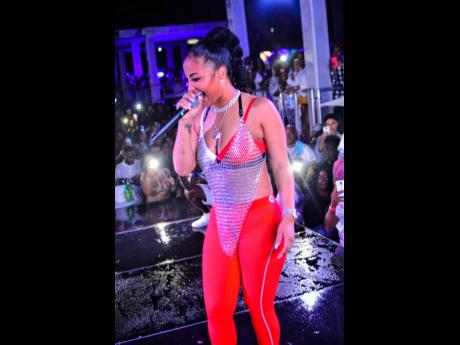 When Jada Kingdom reached out to Shenseea following her mother's passing in June, many hoped the moment would spark reconciliation for the pair who were once close friends.

It seems that may have happened as they recently began following each other again on social media.

After years of feuding and a few heated exchanges and subliminal musical disses, many see their actions as a sign that the two are ready to put the past behind them.

Fans of both entertainers began sending congratulatory messages. Users pointed out that with female dancehall artistes having a long history of spewing hate at each other, the move sends a strong message of love and unity.

The entertainer dropped the visuals for her track Good Comfort on Tuesday and someone opined that she sounded a lot like Kingdom.

Shenseea replied to that comment by simply stating "mi hear it too". Many have since described her response as a mature sign that she has zero interest in any further feuds.

When THE STAR reached out to both artistes, their respective managers gave statements on their behalf. Both acknowledged the recent social media activity and pointed out that the time had come for positivity to reign supreme.

In his brief statement, Shenseea's manager, Romeich Major, said his team is all about upliftment. He said with that as their mantra, the team will support any move aimed at pushing that goal forward.

Julian Jones-Griffith, Kingdom's manager, said his client is only focusing on positive energy and uplifting herself, her family and those close to her.

"It's been a year that puts things into perspective and made us all realise what is important and what is futile in life," he said. "They (Kingdom and Shenseea) have known each other for many years; they are both super-talented young females in a traditionally male-dominated business so it's beautiful to see."

He added,"Both of them are in a strong position to uplift themselves and Jamaica. Jamaican female artistes have to work much harder to get the respect and popularity than their male counterparts so it's important to channel all their energy into positively impacting their careers and paving the way for other female artistes." Fans have already begun expressing their desire to see the pair collaborate.