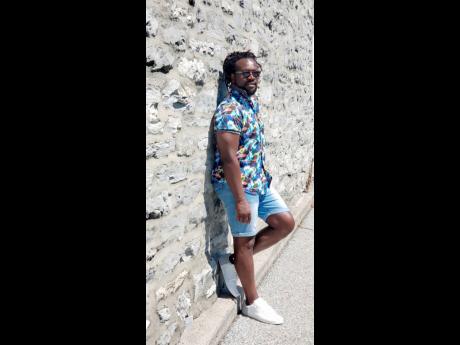 Reggae singer Elliven sends up a message of gratitude in his latest single, Lost. The track was officially released on June 12.

"This song is about different struggles in life that people face on a daily basis, and how they're able to find guidance in God," the singer said.

Since its release, the single has received significant praise, with support found all over the world, especially in the Caribbean, US, UK and Japan.

While the song is not brand new - was actually produced a few years ago - its release comes at a time when, one could say, it is well needed.

"This song was recorded three years ago, but the timing to put it out now could not have been any better, with all the crises we are facing in the world right now. I believe the power of good, positive music, such as this song, can help to heal the world significantly," he said. An accompanying music video is currently being planned.

While spending quality time with family and friends during the ongoing pandemic, the singer is also working on new music, currently putting the final touches on his second album.

One of the featured tracks will be a collaboration with dancehall artiste Knass. This will follow his 2015 debut album Lyric. The 11-track project features songs such as How Long, Wanna Be Loved, Travel Alone, and Mr Big Boss.

In the meantime, the singer is encouraging his listeners to stay positive and safe in the face of the coronavirus pandemic. He is using the time to ensure that he spreads messages that can resonate with people.

"I'm just grateful for the opportunity to share my passion for music with so many people around the world, especially right now when we all could use some healing," he said.