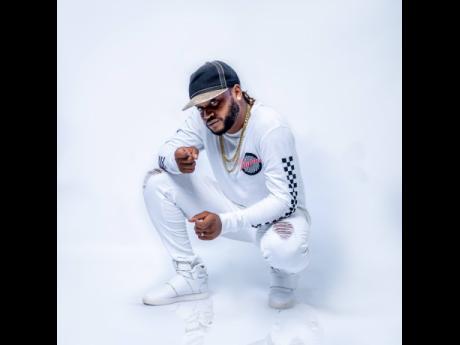 Aiodize dropped his first single with Victory Records at age 16 and is now ready to capture the public with a taste of his music.

Born in St James and a past student of Cambridge High School, Aiodize, whose given name is Wayne Pinnock, always had a passion for music

"As early as the age of 16, mi always use to 'ping pong' and beat desk and thing inna class, but as time went by, me evolve," he said.

The name Aiodize was initially created when a box of iodised salt fell on him as he was taking it down from a shelf when working at a supermarket a couple of years ago.

"I didn't like it (the name), but I added some twist to it. My music is pure like the salt of the Earth," he said. Aiodize told THE STAR that when he listens to music, he gets inspired.

"I just feel like I can give back that inspiration. I don't have to be a world-renowned artiste to give inspiration to the youths," said Aiodize. "My music is to bring positivity, and this is why I do it. I have done tons of songs and a few music videos."

He said that he is even receiving positive feedback for his latest single, One Chance.

Now 30, he says his dream is to be a household name, both locally and internationally, and he wants his music to be on the tip of everyone's tongue.

"I would love to go on some big shows with some big acts as an underground artiste. I want people to know me and know that my music speaks to positivity. I want the people to jiggle and dance, but also for them to feel positive vibes," he said.

The entertainer, who is also a chef at the Iberostar Hotel, believes that his style of music is different.

"My voice is different from everyone else. I add humour to my music, and I do what I can to entertain people and give them their monies' worth," he said.