‘Dreadlocks ruling’ the biggest insult to Jamaica, says Anthony B 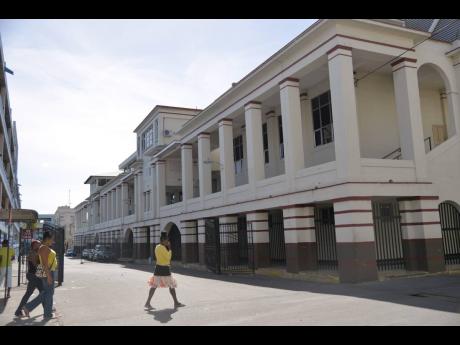 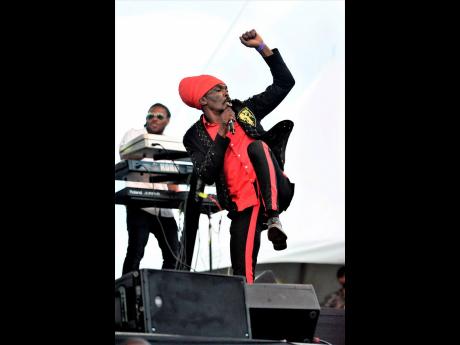 From his base in Europe where he is sitting out the coronavirus lockdown, fiery reggae singer Anthony B is disturbed at the ruling by a Jamaican court giving a school the right to deny a child access to education because of her dreadlocks.

"It is in all the papers over here. Jamaica, the land of reggae, Rasta and Bob Marley, banning the wearing of locs in school? There was a similar case in Kenya last year where the judge threw it out and yet in Jamaica the school is given the right? That's the biggest insult to Jamaica. It's a big insult to the country and to those who are flying Jamaica's flag high," the dreadlocked entertainer told THE STAR.

The Supreme Court of Jamaica last Friday handed down a ruling that Kensington Primary School was within its rights to demand one of its students cut her dreadlocks in order to attend class.

That was the culmination of a two-year battle between the school and the parents of the girl who was five years old at the time.

The child's parents, Sherine and Dale Virgo, were told to cut her dreadlocks for 'hygiene' reasons. The wearing of dreadlocks is entrenched in Jamaica's Rastafarian culture.

In the case Anthony B cited in Kenya last September, a young girl was reportedly sent home and instructed to cut her dreadlocks. Her Rastafarian parents ended up taking the matter to court.

The judge, Justice Mwita, stated that, "Rastafarianism is a religion which should also be accorded protection," according to a report on the website nation.co.ke.

"School rules are not intended to punish students, the fact that she keeps dreadlocks should not have been the basis to chase her from school. There must be a balance between fundamental rights and school rules," ruled Justice Mwita.

But in the Virgo ruling, which was made available yesterday, the Supreme Court judges noted that the school was not informed, when the issue arose, that the hairstyle was worn in deference to the family's Rastafarian beliefs.

"While I am in agreement that people have a right to express their religious beliefs, or indeed any other conscientiously held beliefs to which they adhere, there is nothing in this case that directs the mind of this court to believe that the second claimant's (the child) right to freedom of religion has been breached ... ,"a part of the ruling read.

The judges also opined that "the school's policy cannot be said to be infringing on the second claimant's right to self-expression", suggesting "self-expression for many people vary from day to day, week to week ... and take on wide and varied forms".

"I cannot envisage an orderly school society, and certainly not an institution run for the benefit of large numbers of children, often interacting in close proximity, where they are exempted from the rules of the school, simply on the basis of individual self-expression," the ruling read. "I am wary of opening what may be considered the 'flood gates' of self-expression applicable to school communities and the choice of adornment for the children therein and the impact it would have on the core function of the educational institution."

In taking a philosophical view, Anthony B noted that this is all part of 'the struggle'.

"It's part of the fight. Let's wake up and stop looking at clothes and appearance. But, despite all of that, I will always be black and proud and shout it out in any crowd," he told THE STAR.

Last night, the school board chairman, Rev Dr Alvin Bailey, said the girl, who was allowed to attend the school as the case was tried, was expected to be back in school in September.