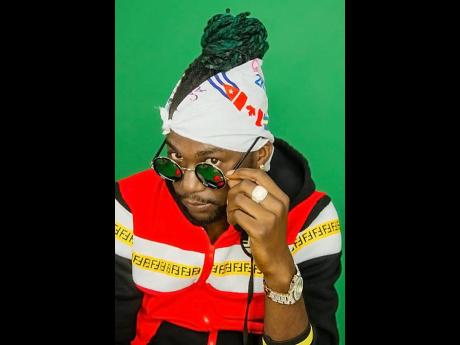 According to the entertainer, the album offers listeners various moods, from hardcore singles like Bout Yah and 100 A Dem, to uptempo selections like Fresh Fresh, and more conscious tunes like Bless Mi.

"I believe in my talent and feel confident in my ambitions of further establishing my name in the music industry, and with the quality of this album, one will not bet against me doing so," he said.

Executively produced by HeadNoize/Upperclass Records Intl, Talis said he is excited about all the tracks but has very high hopes for one titled Circle.

"This track represents trust, loyalty, real friends who have your back through thick and thin, inspired by my own circle of real friends. It is also a track that everyone can relate to at some point in their life," he said.

Speaking more on the 11-track project, Talis, who hails from Constitution Hill in St Andrew, says he is hoping it will give him the musical breakthrough he is seeking.

"I really want to see it take off to a level where everyone know who I am. I want my music to speak for itself and be fresh in the minds of listeners decades from now," he said.