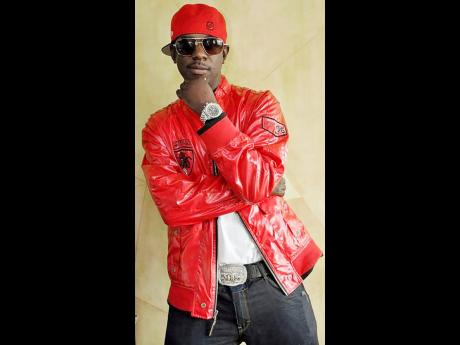 Singer Mr Easy has a wealth of experience in the music industry. His songs resonate with music lovers and this has endeared him to a large fan base.

Guarantee, his latest single, continues the momentum created by his previous chart-toppers. Mr Easy explained how the idea for the single came about.

"The rhythm and the lyrics became one in the creative process at the time. That is what it told me to speak about," he said.

Guarantee was produced by Tlab Productions and Ajanie of King Dreamz Entertainment, a native of St Croix, US Virgin Islands, who is based in Orlando, USA.

Tlab Productions previously released the Drop Top rhythm, while King Dreamz Entertainment has produced songs for Bounty Killer and Christopher Martin, among others.

"The response to the song has been great so far. It is truly a blessing and I am encouraged by the feedback from the fans and persons on social media," said Mr Easy.

It has been more than 20 years since Mr Easy began his music career. The Kingston-born singer, who grew up in Trelawny, migrated to New York during his teenage years.

He later signed with Motown Records and subsequently to Qwest/ Warner Bros Records.

In the late 1990s, songs such as Funny Man (Joyride rhythm), Man Ah Say a Who (Rae Rae rhythm), Haters and Fools (Bug rhythm) and the massive Drive Me Crazy (Buy Out rhythm) helped to catapult him into the mainstream.

"Recording my hit song Drive Me Crazy has been the highlight of my career so far. And I feel strongly the same way about the current song Guarantee," Mr Easy said.