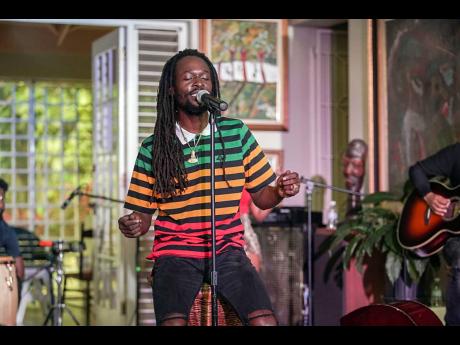 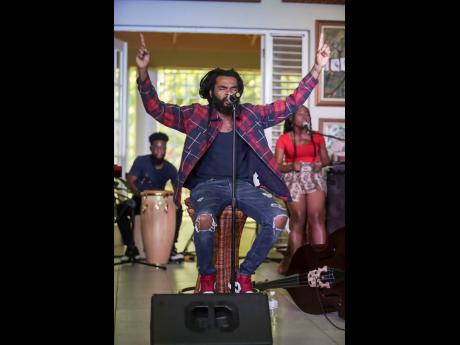 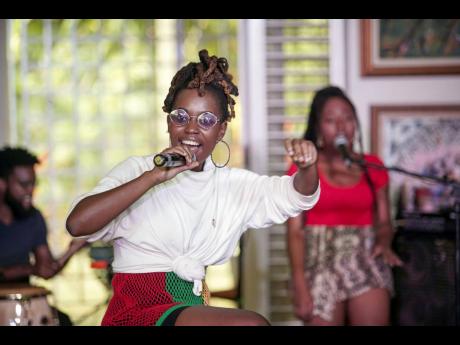 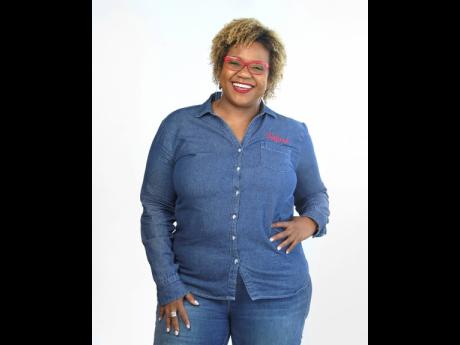 More than 5,000 viewers tuned in last Sunday to the livestream of the Digicel Online Cameo Concert, which featured Jamila Falak, Dre Island and Jesse Royal.

For many of the viewers, the event was the perfect way to unwind after a hearty Sunday dinner, or to de-stress from another difficult week for many who are still trying to adjust to forced isolation and self-distancing due to the COVID-19 virus.

The 100-minute acoustic showcase, powered by the D'Music app, was staged in a casual setting that also showed the artistes and backing band observing social distancing.

Falak opened her set with harp in hand while she delivered a sultry rendition of the Meghan Trainor hit All About that Bass.

She later stepped up the tempo with a few afrobeat-inspired songs before performing her hit single, LA AAA ADY, much to the delight of the online audience, viewing from as far away as the Czech Republic.

Dre Island reeled off a string of popular hits to set the comments section ablaze with the fire emoji.

However, it was when he chanted Rastafari Way that he got the fans sending bubbles of virtual love on smartphone screens.

Dre was later joined by Jesse Royal during his performance of Everything Is Gonna Be Okay.

Back in solo mode, Dre performed his anthem-like hit, We Pray, to end his stirring performance on a high note.

When Jesse Royal took the mic and opened with his hit song Lion Order, fans blazed their virtual 'lighters' even brighter as they settled in for a solid 45 minutes of acoustic melody with words of empowerment and motivation throughout.

Jesse constantly reminded the audience to stay strong, especially during this time. He reinforced, "We know seh we haffi isolate ourselves, but let us not forget ourselves."

This was followed by his hit song Judas, for which the audience begged, and received, an encore.

Just before closing, Jesse invited Falak and Dre back on stage to freestyle with him in a 'quarantining and chilling' chant that included messages on caring, sharing, maintaining social distancing and staying safe.

Chief Marketing Officer for Digicel, Nasha-Monique Douglas, was most excited about the heavy 'turnout' and witty blend of messages in the comments section of the live feed as the audience did their best to recreate an actual in-person concert vibe.

She commented: "We saw some of them asking where to find the bar, get jerked chicken, and wanting to know where the VIP section was located - all in good, clean fun, with credit giveaways to make it even more exciting!"