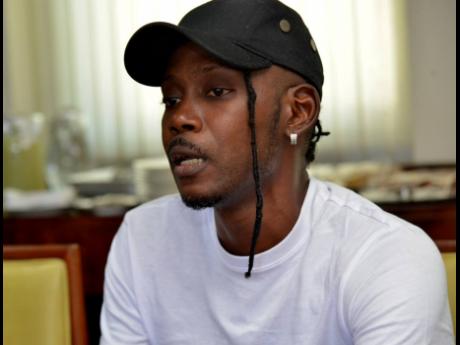 Entertainer Benzly Hype said the deadly COVID-19 is no laughing matter and is urging Jamaicans to be vigilant in fighting the spread of the virus.

The dancehall deejay lost his uncle, Barry Morris, to the virus on Sunday.

“I want to encourage everyone to just lock in and ride out this and remember we don’t know the full extent of this virus as yet because every week we learn something new so we have to be extra careful. I am really worried about Jamaica because some of us lack discipline and we need this now more than ever. We just have to follow the prevention tips,” he said.

According to the Telegraph, official figures now show that the UK death toll is now at 1,415, with more than 22,000 testing positive.

Benzly stated that he was aware that his uncle was sick but had no idea that the end result would be deadly.

“He was having breathing issues and was taken to the hospital and has been there for about a week but I thought he was getting better. I was shocked when I got the call from my dad that he had coronavirus. I know he was a smoker but I am not aware of him having any underlying issues … it is really sad and unfortunate,” he said.

Benzly, who is currently in Toronto, Canada, says he has not left his dwelling for the past two weeks as a means of protecting himself and others from contracting the virus.

“We are doing everything possible to prevent contracting the disease so we leave our clothes at the door and spray our coats and shoes and hands,” he said.

He added that although COVID-19 has set back many plans for his career, he, like many others, has been using his time to reflect with himself.

“The virus has stalled up the Innocent Kru album called The Lost Tapes as well as a video that was being done. My entire schedule for the year has been changed but I use this time to reset and refocus on my life,” he said.