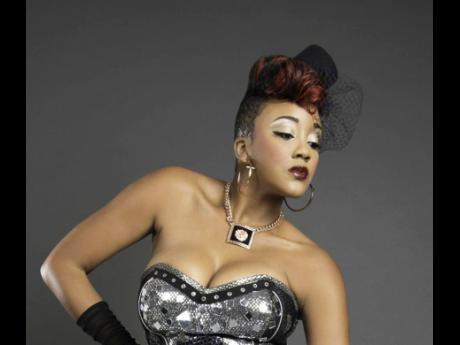 Portmore-based record producer Lando Genius is celebrating the success of Tifa's latest single, 'Man Government'. According to the producer, the track debuted at number 42 on the US iTunes chart last month, but he didn't expect it to blow up as much as it did.

Lando Genius credits the song's success to the people, pointing out that since its release the song has become an anthem among women. He believes it has the potential to become a hit.

"Females are loving it, and there have been several fan-made videos online showing love," he said.

"Females always want their voices to be heard because they go through so much marginalisation, and they view Tifa as one who speaks on their behalf. I was expecting it to blow up, but right now it has been exceeding expectations. The people choose this song, and when a record moves on its own, that's when you know it's a natural hit."

The producer, who has worked with the likes of Esco, Talis and Sanjay, said that the success of Man Government is a welcome addition to his resume.

He said that with the local industry becoming more and more saturated with music, finding success with one song gets harder everyday.

"As a producer, you have to be happy when a project gets this much attention. Jamaica is so small, and with so many artistes releasing so much new music, your material has to stand out to make an impact," he said.

"I don't think of the success when I am working on projects, because my main goal is to create quality music first that can resonate with fans. It's all about playing a role in putting dancehall where it has the potential to be, as well as progression and growth. Tifa is a lot like that, too, so we make a good chemistry," he said.