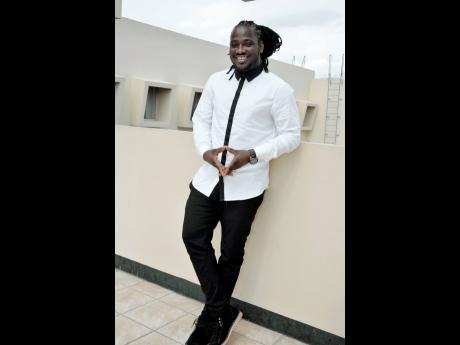 Recording artiste I-Octane says that as a popular figure, he has had to deal with people saying negative things about him for the greater part of his career.

Using music as his outlet instead of social media, Octane says he is finally ready to address some of the things said about him via his new track, Say Something.

" Is like when you a lead, inside dem a bleed. Dem wah yuh whole a seat when yuh stand up pan yuh feet ... instead a toothpaste yuh name dem use brush dem teeth," Octane spits in the first verse before going into the chorus to declare, " Dem have sup mn fi say but it ain't good."

In an interview with THE WEEKEND STAR, Octane explained that music is something that he uses to alleviate stress.

"This song is a true story. People say a lot of things about me. Dem say me bad mind, dem say me gay, dem say me mean, me nah mind me pickney dem; just a bag a things. But at the end of the day, the things that people say about me, is the opposite of who I am," he said.

Octane also said that people are always quick to spread bad news because in this era, "bad is the new good".

In the video for the song, a woman who plays the deejay's babymother, accuses him of being a 'deadbeat dad' and Octane says the latter is something he has actually gone through.

"Seventy-five per cent of men in the world weh have more than one babymother, have a babymother problem. At the end of the day, from you have some kids living with you and some not, that a go cause feelings and issues and unu nah go see eye to eye," he said. "But living away from your child does not mean you're not taking care of the child. At the end of the day, yuh affi do what yuh affi do as a man."

He said that it was important that he puts some real experiences in the video to make it authentic.

"I want the song and the video to be something people can relate to. The director listened to the song and told me to just talk about my journey because I am the best person to sing the song based on my experiences," he said.