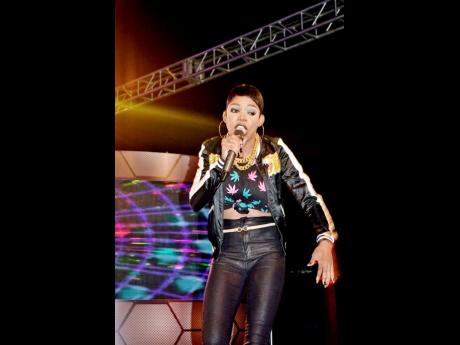 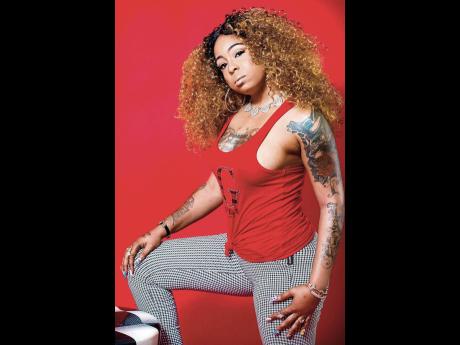 Dancehall artistes Lisa Hyper and Clymaxx seem to be heading down the warpath following a few heated social media exchanges earlier this week.

A post made by Lisa Hyper a few days ago, suggested that she and another artiste were not on good terms; but it was not aimed at anyone directly.

However, a post made by Clymaxx yesterday, confirmed that she was the target of Hyper's Instagram rant.

Lashing out in a post of her own, Clymaxx did not mince words as she called out Hyper for trying to start a feud.

In her post, Clymaxx expressed that the source of Hyper's anger was stemming from her decision not to book her for an event she was hosting.

The former Magnum Queen of Dancehall revealed that after hearing Hyper's booking price, she did not feel that the artiste was worth it.

In an interview with THE WEEKEND STAR, Clymaxx said that communication was in February and revealed that since then, Hyper has been taking subliminal jabs at her on social media.

"I didn't actually respond to her. When she told me her price, I said OK, thank you, and whatever. Then she put up a post about this other girl weh a say she a Gaza Queen and a put out reminder say a she a dancehall lyrical queen. So I made a subliminal post saying some people woulda say me shoulda do music long time so I coulda f**k Addi (Vybz Kartel) too," she said. "So she start post some subliminal diss and den she screenshot wah me did ask her bout the performance saying me a beg her collaboration and mi babyfada nah buss me and she nuh trust me and a bagga things. She seemed to not have liked me from morning."

Clymaxx said that she was a genuine fan of Hyper but says her attitude has made her an enemy. She says now that the battle lines have been drawn, she will be taking the 'war' to Hyper beyond social media.

Clymaxx says she will be releasing a diss track aimed at Hyper today. Well aware that people will say she is using Hyper's name and reputation to broker a 'come up' in the business, Clymaxx says the latter is exactly what music is about.

"Music is about coming up, it's never about staying down. She nuh affi answer me but a woulda the same effect as if she did. If she a dancehall lyrical queen, then prove it," she said. "I like to let it be known that I won't back down. I can accept that I may be a bully, but my personality doesn't allow me to take even the slightest disrespect. This is my way of speaking out."

However, it seems Clymaxx may be left alone on the lyrical battlefield.

When contacted by THE WEEKEND STAR, Hyper expressed zero interest in commenting on either the social media drama or her plans to address Clymaxx.

She said that her career is her main focus right now and her only interest at this point is in releasing new music.