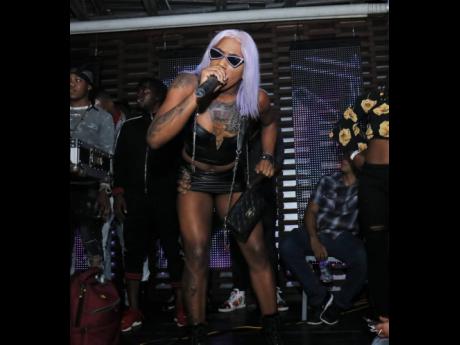 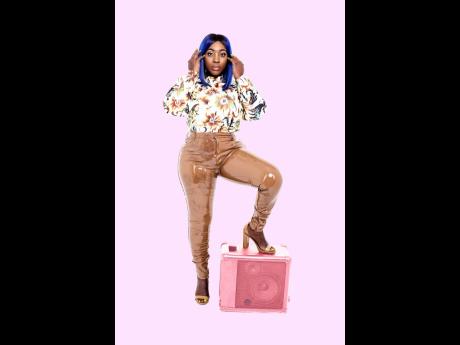 Up-and-coming dancehall deejay Tall Up insists that her new track, 'The Cap', is not aimed at anyone in particular.

The song, which has been making the rounds on social media since last week, has been labelled as a Spice diss track. But Tall Up insists the 'diss' tag was attached to the track by vloggers who want the drama between both deejays to escalate.

Last week, Tall Up accused Spice of trying to imitate her style of deejaying while balancing on her head top.

Many expected the two to become involved in the latest dancehall brawl, but that has not materialised.

Tall Up said that although the song could be interpreted as a diss track, she wants to make it clear that the song was voiced and released months before the recent issues came to life.

"I am a lyricist, but the song wasn't meant for nobody in particular, it just meant for whoever. If yuh feel a way then 'take up 'the cap'," she said. "It was recorded on New Year's Eve and published in the first week of January. At this moment, the song is getting a lot of feedback. It's been getting a hype and recognition from all over Jamaica, Europe, England, Italy, everywhere."

Tall Up admitted that the drama between her and Spice contributed to the song's popularity.

" Cap is a 'throw word song', but it's about me showing my versatility as an artiste more than anything else. A lot of people didn't know that I was that great of an artiste. I had so much hit songs, so dis kinda show me up certain ways," she said.

Tall Up said that although she and Spice have not made amends, she doesn't understand why people would label her song a diss track.

"Me nuh plan fi follow up dis thing wid her. Me talk me mind and how me feel about it, and me done off a dat. Me just a do my music, my thing, and a focus pon me," she said. "As long as dem nuh come inna my way, me nah go pay dem no mind."