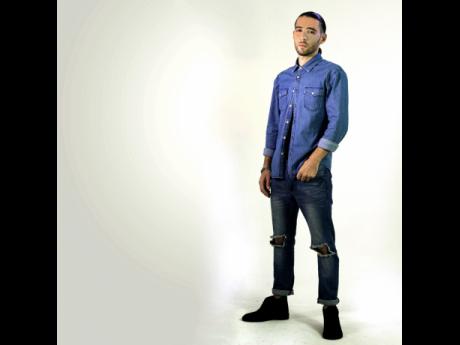 Frenchman Charles Blanvillain is a student of reggae music. For more than half his life he has studied it and become consumed by it, especially music that comes out of Jamaica.

Now, having spent time mastering the genre, Jamaican vernacular and immersing himself in the culture, Blanvillain, who performs under the stage name, Charly B, is ready to release his debut single called Prophesies Untold.

The song will be distributed by VPAL, a subsidiary of VP Records and will be made available on iTunes and Spotify as well as other media and will be available at the end of the month.

Released by the Tower Music Media Group that manages the entertainer, Prophesies Untold is about the entertainer's love for Jamaican reggae music, a love he wants to express to the world.

"It's all about love and me love Jamaica," said the entertainer, who has been visiting Jamaica frequently since 1998 in a bid to master the sound as well as reconnect with family and friends. "Mi couldn't do that staying in France and downloading songs, mi did haffi come ya because me waa hear more reggae, see more vibes and understand."

He explained that all the work and energy he has put into the song was to ensure that it sounds like authentic Jamaican reggae music.

Charly B has had a long relationship with the genre and expresses a profound respect for what comes out of Jamaica. Having performed alongside artistes like Capleton, Anthony B, Kiprich and Demarco, Charly B reveals that he always gets much love from audiences.

Ultimately he wants to gain Jamaican recognition while also impressing audiences all over the world.