The West Indies cricket team has lots of potential 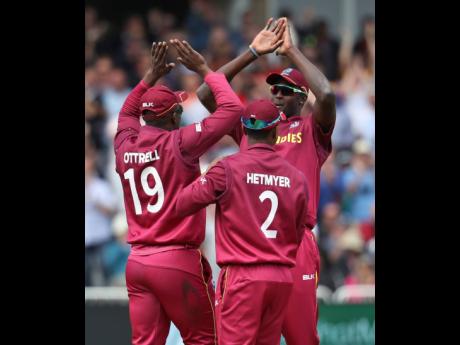 This modern version of the West Indies cricket team possesses a wealth of talent. When you consider that the team is comprised of the likes of Chris Gayle, Shimron Hetmeyer, Shai Hope, Kemar Roach and Jason Holder, there can no doubt about the talent.

However, what we have come to see, time and time again, is that while the talent is in abundance, there are many things still missing.

Back in the 1970s, it was Kerry Packer who gave a bunch of talented West Indians a kick up the backside, inadvertently creating one of the most dominant teams in the history of cricket – two World Cups and remaining unbeaten in series for 15 years.

This current version of the team may need something similar to happen, but I just do not know where that kick is going to come from.

When this team is on song, they can beat any team. The trouble is, they are always never on song. Occasionally, you will get glimpses of what it is capable of, like that recent series against England.

Then, just when you think they have managed to put it all together, they go to the ICC World Cup and play like pupil cricketers.

A lot of it is mental, I feel. I can come up with that only logical explanation.

Maybe as individuals they do not think they are as good as we think they are. Maybe they cannot maintain high levels of performance for more than a few days at a time. Maybe they lack a collective thinking that says, when we are together we are unstoppable. Maybe they are all too busy mired in their insecurities that surge to the fore when they are confronted by challenges.

Why do I say this?

You check when the West Indies are at their best. That is when there is nothing at stake – when they have already lost a series or when they play practice matches. They hardly ever come to the party when the going gets tough.

It is why I do not bother stressing myself out on them anymore.

When they play, my only expectation is that they will lose, and I usually go about my business and then check the scores later. I have to be honest though, when they do win, I am a bit surprised.

I would like to be surprised a bit more frequently, but I won’t hold my breath. I have other things to do, many more things to get excited about.