Equip the people with the skills to survive 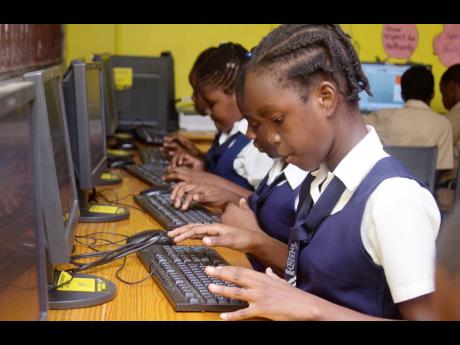 Every day, it seems, there is a new post somewhere that someone’s gone missing.

This is really concerning because, as many of the missing are people who have run away from a bad situation or are misbehaving youngsters, there are as many who are victims of human traffickers.

What is equally concerning is that too many Jamaicans are demonstrating a level of desperation that makes them vulnerable to the wiles of those who would seek to do them harm.

We must remember that human trafficking is not just about selling people into slavery, but some are even victims of organ harvesters.

This desperation, I believe, has come about because for years, too many Jamaicans have been denied an education or skills training because of poor policies and a general anti-intellectual trend that has been permeating the Jamaican society.

There are many people who do not think an education is important, and that has come back to haunt them.

It means companies pay them minimum wage to undertake the most difficult tasks.

They are employed on contracts that offer no benefits or protection. So when something comes along that looks too good to be true, they do not think twice about jumping at the opportunity.

By the time they realise what is happening, they are bound, gagged, and shipped off somewhere far, never to be seen again.

As a nation, we have to combat this. When I was a child, my community had a skills-training centre where young people could learn various trades, and that allowed people to be self-sufficient.

Those centres need to be reintroduced. But in addition to those aforementioned trades, coding and other such high-demand skills should be added to their programmes.

Getting an education can be expensive, so not everyone is going to be able to afford one. However, as a service to the nation, government, in partnership with the private sector and maybe a few international agencies, can make these training centres a reality.

The more we get our people educated, the more likely they are to get jobs or start their own businesses.

What we would end up with is a stronger economy with more people equipped with valuable skill sets that would benefit an individual, both here and abroad.

More importantly, we would minimise the chances of people being lured into traps that could cost them their freedom or their lives.